The 2016 Surgeon General’s Report on Alcohol, Drugs and Health, “Facing Addiction in America,” leaves little question about the growing problem of addiction.

Almost 22.5 million people reported use of an illegal drug in the prior year. More than 20 million people have substance use disorders, and 12.5 million Americans reported misusing prescription pain relievers in the past year. Seventy-eight people die every day in the United States from an opioid overdose, and those numbers have nearly quadrupled since 1999. Despite the fact that there are effective treatments, only one in five people who currently need treatment for opioid use disorders is actually receiving it. 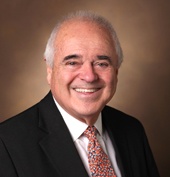