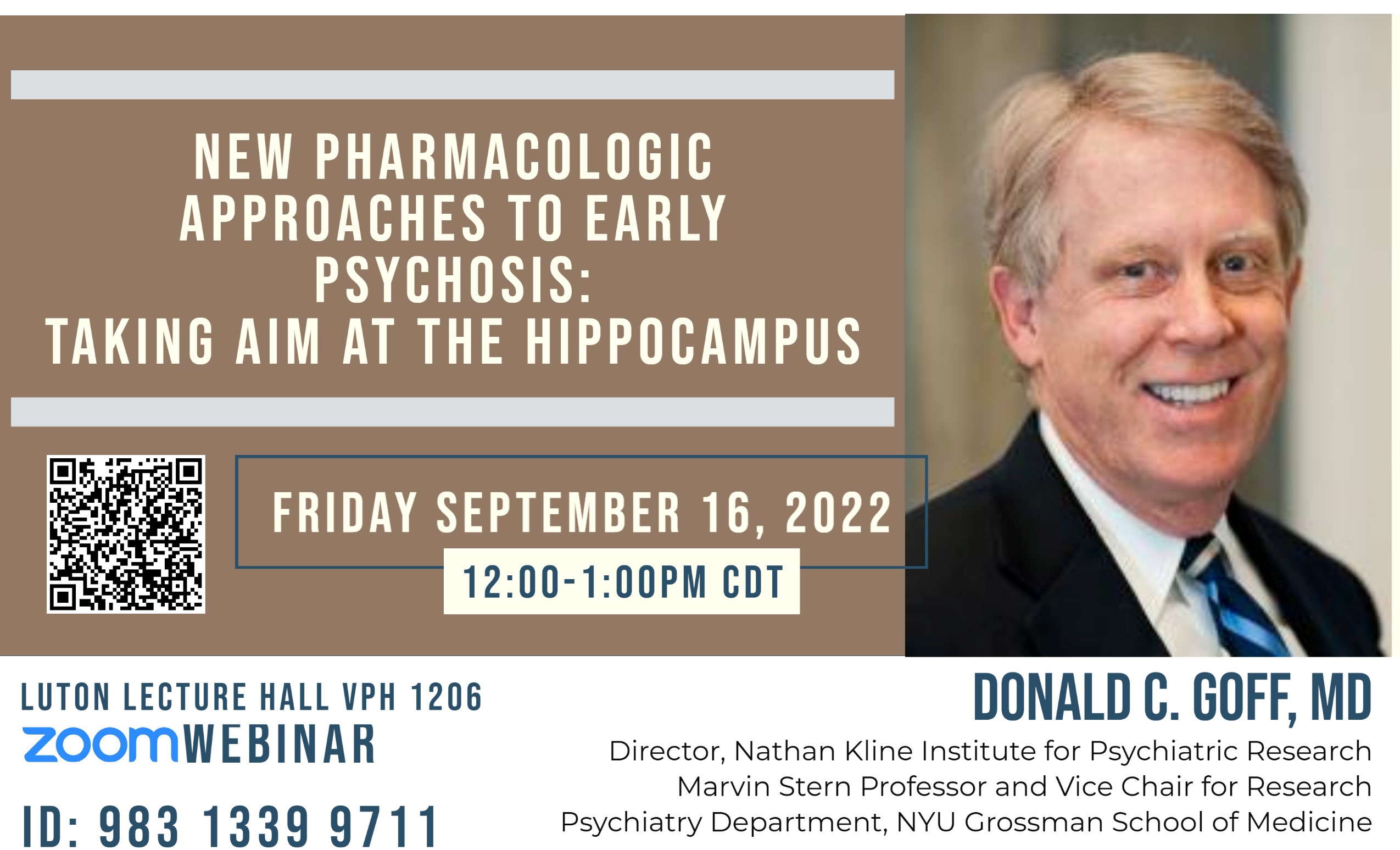 The activity is designed to help the learner:

CME/CE credit for Psychiatry Grand Rounds is only available during the live feed time and for a brief time immediately following. The code for this week's session is displayed at the opening and closing of the meeting and also in the Chair's Office Zoom Account Name during the meeting.

For CME/CE information about this session, please visit:

This talk is sponsored by the
Luton Lecture Fund
Department of Psychiatry and Behavioral Sciences  This educational activity received no commercial support.