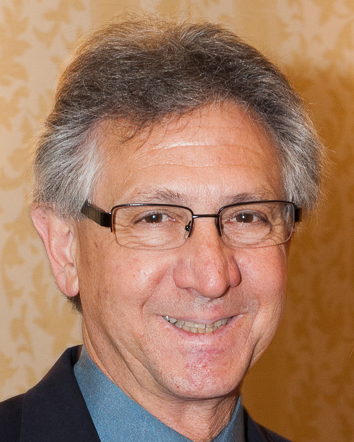 CH and Annie Li Chair in the Molecular Biology of Diseases, and
Professor of Chemistry, Molecular and Cell Biology, University of California, Berkeley

Dr. Marletta returned to the University of California, Berkeley in 2015 and was appointed to the CH and Annie Li Chair in the Molecular Biology of Diseases, and as professor in the Departments of Chemistry and Molecular and Cell Biology. This comes after holding appointments at The Scripps Research Institute (TSRI), MIT, the University of Michigan, the Lawrence Berkeley National Lab, and the University of California, San Francisco and Berkeley, where he served as Chair of the Department of Chemistry from 2005-2010. He served as President and CEO of TSRI from 2012-2014.

Named an investigator in the Howard Hughes Medical Institute in 2007, other awards he has received include the MacArthur Fellowship awarded by the John D. and Catherine T. MacArthur Foundation (1995); election to the Institute of Medicine (1999); election to the American Academy of Arts and Sciences (2001); and fellow of the American Association for the Advancement of Science. He was elected to the National Academy of Sciences in 2006 and in 2016 to the American Philosophical Society.

Dr. Marletta is a member of the American Chemical Society and American Society for Biochemistry and Molecular Biology, Senior Editor for the journal eLife, serves on the editorial board for a number of journals, including PNAS. He is a consultant for multiple pharmaceutical companies and serves on the scientific advisory boards of others. He is a co-founder of Omniox, Inc. and is a member of the Fredonia College Foundation Board of Directors, currently serving as Vice-Chair.

His primary research interests lie at the interface of chemistry and biology with emphasis on the study of protein function and enzyme reaction mechanisms. He has made fundamental discoveries concerning the biological action of nitric oxide (NO). His studies have provided the basis for understanding at the molecular level of this unique cell signaling pathway and the function of nitric oxide in the immune system. He has uncovered several novel structure/function relationships in nitric oxide synthase and guanylate cyclase. His continued studies on NO signaling have recently led to a molecular understanding of general gas sensing mechanisms in biology. A new research direction involves novel oxidative enzymology of cellulose degradation with application to biofuel production and a role in pathogen biology.