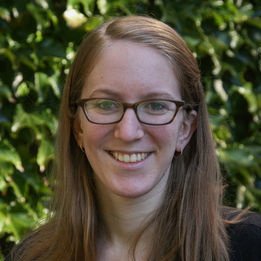 Kate Margulis was a graduate student in the M.S. in Speech Language Pathology program at Vanderbilt University. She received her B.A. in psychology from Smith College in 2014, where she focused mainly on the role of language in cognition. She then spent two years as a lab coordinator at the Temple University Infant & Child Lab, where she worked on projects looking at language, play, and spatial skills.

She is interested in the relationship between music and language, and she worked on the MILEStone study, using violin lessons as an intervention for children with Specific Language Impairment.