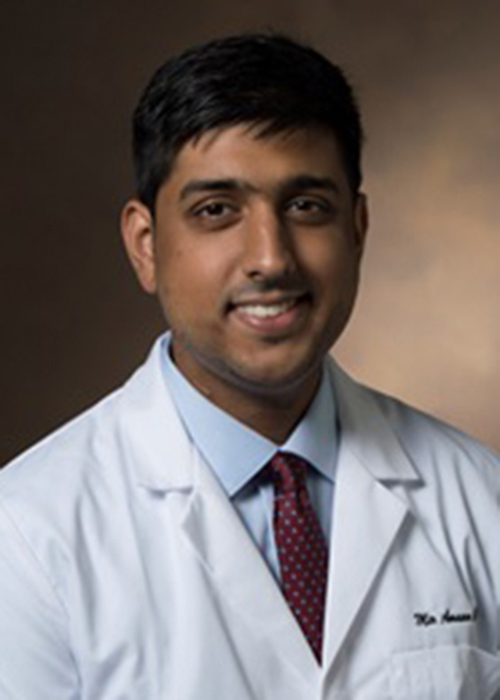 Mir Amaan Ali, MD was born in Oceanside, California. As a child of a Navy surgeon he lived in many places in the US and abroad including Silver Springs, Maryland and Sicily. Following his father's military service, he spent the rest of his childhood in Orange County, California namely Huntington Beach. In 2013, he completed his bachelors of science in the Neurosciences at the University of Southern California with a minor in Psychology and Law. From there he returned to the San Diego area to complete his medical degree at the University of California, San Diego where he further pursued his passion for the neurosciences. During the course of his medical education, he was enamored by the field of neurosurgery, and he entered the realm of academic research by applying big data approaches to data pertaining to patients with intracranial metastases. This experience allowed him to delve into the intersection of medicine and computing and how large data sets particularly lend themselves to exploring nuance in clinical outcomes.

In his spare time, Amaan enjoys working with computers and electronics. He enjoys building and flying racing spec drones as well as playing PC games. Amaan also enjoys spending time outdoors whether it is hiking trails or road cycling. His passion for electronics also introduced him into the world of hobbyist 3D-printing and modeling. Amaan hopes to explore the intersection of electronics, computer modeling, business, and the neurosciences during his time as a Vanderbilt neurosurgical resident.