VUMC has received a $9.4 million grant from the National Institute on Aging (NIA) to test the effectiveness of a transdermal nicotine patch in improving memory loss in older adults with mild cognitive impairment (MCI), a precursor to Alzheimer’s disease. Paul Newhouse, M.D., professor of Psychiatry and director of the Center for Cognitive Medicine at VUMC, is the co-principal investigator of the study that is being launched in conjunction with the Alzheimer’s Treatment Research Institute at the University of Southern California, Indiana University and the University of Vermont.

About 300 older individuals with MCI will be enrolled at about 20 different sites around the country, including Vanderbilt, in the two-year MIND (Memory Improvement through Nicotine Dosing) study — the largest study of a nicotine patch in non-smokers. 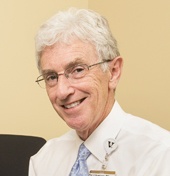