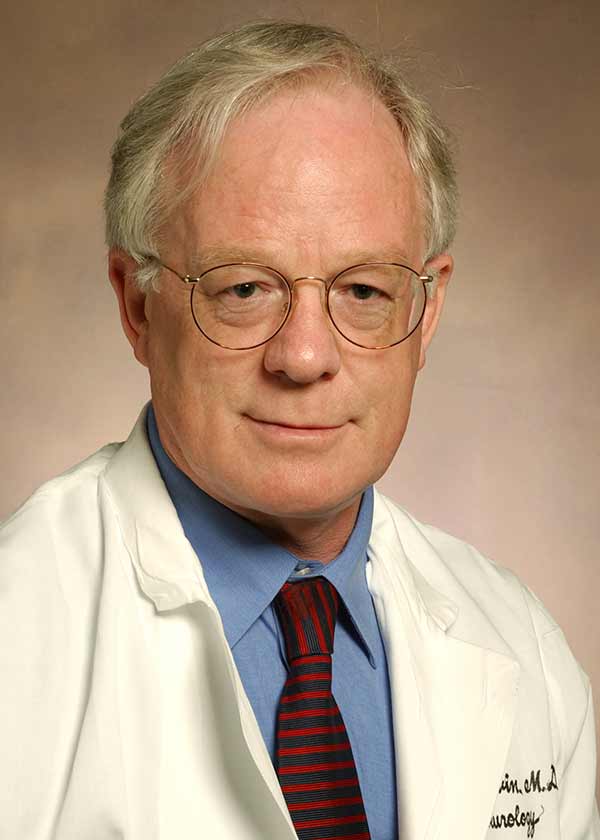 Dr. Lavin is Professor of Neurology and Ophthalmology at Vanderbilt University Medical Center, specializing in Neuro-Ophthalmology, Vestibular disorders, and Headache. He joined the faculty at Vanderbilt University Medical Center in 1983 as assistant professor in the Department of Neurology with a secondary appointment in Ophthalmology. He was promoted to associate professor in 1989, and professor in 2001. Dr. Lavin has served as director of the Ocular Motility Laboratory and director of the Transcranial Doppler Laboratory.

Dr. Lavin served as an intern in Medicine and Surgery at St. Vincent’s Hospital in Elm Park, Dublin. He was senior house officer during his residency in Medicine at St. Vincent’s Hospital from 1971–1973. He spent a short time in general practice in Nova Scotia, Canada before becoming a senior resident in General Medicine at Leicester General Hospital. He was a senior resident in Neurology at Leicester Royal Infirmary, then St. James University Hospital and Chapel Allerton Hospital in Leeds until 1978, when he became a research fellow at Charing Cross Hospital in London.