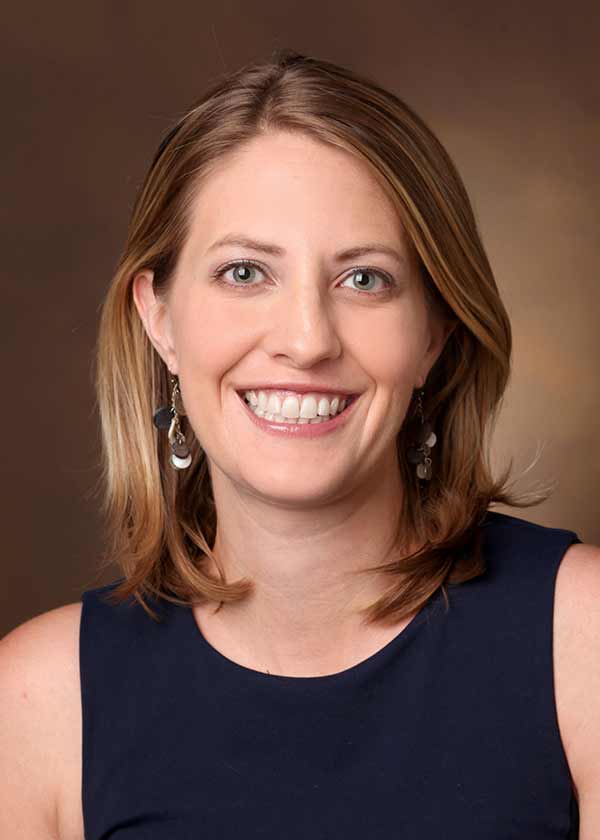 Dr. Dumitrescu’s primary area of focus is the sex-specific genetic architecture of AD endophenotypes. Of the more than five million people in the United States afflicted with this disease, two-thirds are women. Women with AD have more neuropathology than men with AD, have more severe cognitive symptoms, and more severe neurodegeneration, suggesting that the disease affects male and female brains in different ways. The Dumitrescu’s central hypothesis is that certain genetic factors act in a sex-specific manner to drive the presentation and progression of AD. Using this framework, her team performs sex-aware analyses to identify the degree to which sex-specific genetic associations contribute to variance in AD endophenotypes, including cerebrospinal fluid biomarkers, neuropathology, and cognitive changes. Elucidation of the sex-specific genetic architecture of AD endophenotypes will help clarify the underlying pathways that contribute to AD risk and could be a critical step toward personalized interventions for AD.

In addition, Dr. Dumitrescu is particularly interested in resilience to AD. Approximately 30% of older adults have all of the neuropathological features of AD (plaques and tangles), but never show clinical symptoms. That is, they are able to endure substantial brain injury without displaying memory or cognitive difficulties. Dr. Dumitrescu has helped developed a phenotype to define and identify these resilient individuals and is applying advanced genomic and proteomic approaches to characterize the molecular drivers of resilience. Dr. Dumitrescu’s overall research goal is to move the field toward precision interventions and provide a sex-aware analytical framework by which the genetic architecture of AD risk and resilience can be comprehensively explored.