Dr. Ryan Merrell, the department’s Division Chief of Neuro-Oncology, moved to Vanderbilt after eleven years practicing in Chicago. A life-changing event in medical school led him to pursue neuro-oncology. Dr. Merrell enjoys teaching, and imparts to trainees the importance of “bedside manner” while also debunking some of the common misunderstandings surrounding the field. He spends his time off primarily with his wife and four kids, which usually involves sporting events, as well as cheering on Seattle sports teams.

Tell us about your background and how your path led to Vanderbilt.

I was born in Seattle. When I was in middle school my family moved to Alabama, so I grew up in Huntsville. I always knew I wanted to go into medicine, so that was my path from a very young age. After college I went to [University of Alabama - Birmingham] for medical school. In medical school is when I had a life-changing event. My father was diagnosed with a glioblastoma, which is the most aggressive form of brain cancer. The third year of med school is when people start discerning residency. So that steered me in the direction of neurology with the idea of eventually doing neuro-oncology.

During residency I did explore some other fields, but eventually I fell back on neuro-oncology and decided it was the right fit for me. After residency, which was at Mayo Clinic in Rochester, Minnesota, I did a fellowship at [Massachusetts General Hospital]. My first job was in Chicago where I practiced for eleven years in the NorthShore system. A combination of two things brought me to Vanderbilt. First, I was looking for something more academic, and I wanted to have a good opportunity in a place where I thought it would be good to move my family. We moved from Chicago with four kids. The other major factor was moving closer to family. My wife’s and my families were both in this area.

What about the future of neuro-oncology excites you?

I think there’s a lot of research going on and lots of clinical trials going on, some in which we’re participating here. Clinical trials have always been exciting. Most don’t lead to FDA-approved treatments, but experimental drugs often do help people. Because oncology as a whole is moving forward as a field and we see other breakthroughs in other tumors, there’s a lot of hope we could see similar breakthroughs in neuro-oncology. In our field, we tragically have such short survival periods, even incremental improvements would be good.

What are your research interests?

My primary research is with clinical trials. What we want to do at Vanderbilt is to pull together our group—neuro-oncology is very multidisciplinary. We have to have good relationships with radiation oncology, neurosurgery, neuropathology, neuroradiology, and other disciplines. All of these people have their own research interests, but in addition to those interests, we’d like to build partnerships with all of the specialties involved so that we could head up our own clinical trials [in addition to participating in trials led by other institutions]. We meet regularly to discuss our ideas together. It involves a lot of teamwork.

What’s the best advice you pass along to students who train with you?

I enjoy teaching; I always have. No matter who the person is, I have an open door policy. I’ve even had high school students come work with me. When we have a resident or medical student with us in the clinic, there’s a high probability that person won’t pursue neuro-oncology. So my philosophy has always been to try to motivate the trainee no matter what career they plan to pursue. I usually like to try to find out what the person is interested in and try to cultivate that interest. I’ll do whatever I can to be a mentor for them.

When it comes to the neuro-oncology clinic, part of my role is demystifying the field. It’s not all doom and gloom. We have patients with benign tumors, or malignant tumors that do well. The idea with cancer is that you can always help a patient no matter what, and that is key to understand. If you look on it from the outside, you might wonder why would anyone [pursue this career]. I’ve learned not to let that bother me. People aren’t trying to criticize the field, they just aren’t knowledgeable about it. So I try to teach about how to model yourself when you interact with patients, and that’s a skill you can use in any field. With all the bad news that we break, it’s a skill to be able to interact with patients.

What has surprised you about neurology along the way? Are there things you’ve either encountered or learned that you would not have expected?

Part of it is the bureaucracy of medicine. There are so many challenges you encounter in order to deal with a particular system or process. It can be difficult when you know something can be done better but there’s some system or process in the way from making it be better.

I feel like I knew what I was getting into, but it still remains a challenge if you’re trying to get a new treatment to a patient (who needs the treatment urgently) and are facing all the hoops and red tape you have to jump through to get there.

Who have been some of the most influential people in your life (personally and/or professionally)?

My parents are both deceased and they had a massive influence on my life. I was the first person in my family to go into medicine, so I didn’t have mentoring in that specific aspect, but my parents were influential as far as motivating me with work ethic as well as a moral and religious upbringing. I met my wife in residency and she’s had to be supportive through all that time. Having a family of four kids is very busy, so there’s a lot to be said about her role.

I’ve had other great people along the way as well, many of whom were not in the medical field. My cross country coach from college is just a terrific person and helped guide me through my years of college.

In recent years a big influence has been a priest friend of mine in Chicago who really helped me develop more of a spiritual life, and he and I remain in contact. For me that’s a big factor: the two things that help me deal with the stress of neuro-oncology are my family and my spiritual life. Having a faith and practicing it has been essential, and he has been a tremendous guide in all of that.

How do you spend your free time? What does a typical weekend look like?

We spend all of our time with our kids. They have a lot of activities outside of school, primarily sports. We like the zoo, and the kids like the SoundWaves water park. They like to swim so we go to the pool close to our house. I think we could discover more things, but so much of our time is taken up by baseball.

I’m a big sports fan, both playing and watching. My sons have taken that up too. I cheer for all the Seattle teams. Even though I lived in Alabama for so long (and at some point you have to choose Auburn or Alabama), I didn’t have the same passion for those teams [as I did for the Seattle teams]. One reason I feel more connected to the Seattle teams is my dad—we followed those teams together and it’s like carrying on a piece of him when I continue to cheer them on.

I read when I have time, usually theology and philosophy. I’m currently reading Witness to Hope, which is a biography of Pope John Paul II. 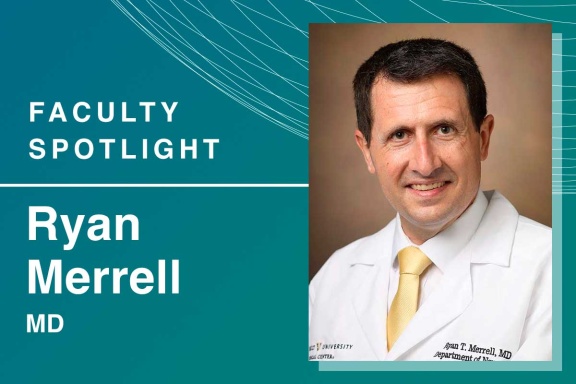