Department of Radiology and Radiological Sciences Presents the 2nd Annual

"Of Skeletons, Scholars and Sleuths: Four Decades of Musculoskeletal Imaging at the University of California, San Diego" 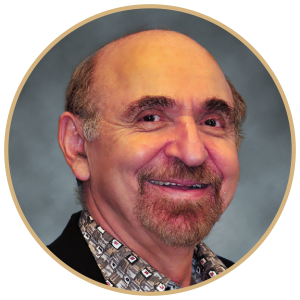 This grand rounds lecture is designed for faculty, residents, staff and medical students.

Learning objectives of this presentation include:

Donald L. Resnick, MD, is a Professor Emeritus of Radiology and former Chief of Musculoskeletal Imaging at the University of California, San Diego (UCSD).

In the following 35 years, Professor Resnick graduated nearly 200 clinical bone fellows from the United States and Canada, and about 500 research fellows, many from Europe, Asia and South America, especially Brazil. Many of these fellows have assumed an academic position since then. He was also chief of the osteoradiology section of the Veterans Administration Medical Center in San Diego from 1977 to 1990.

Professor Resnick has given more than 1,200 presentations and has made outstanding scientific contributions as an author of 861 articles, 25 books and chapters, and 59 invited articles and chapters. His work has been recognized by several publication awards and book grants.

He has delivered many national and international named lectures, undertaken over 150 visiting professorships and won numerous honors and awards, including the Gold Medal of the American Roentgen Ray Society and Gold Medal of the American College of Radiology. He has also twice given the Annual Oration at the meeting of the Radiological Society of North America (RSNA) and twice appeared on the Sunday Night Film Panel of that society. Dr. Resnick has also given one or more refresher courses annually at the RSNA for more than 35 years.

He has been awarded honorary membership by various prestigious societies, including the French Canadian Society of Radiology, the Swedish Society of Medical Radiology and the Austrian Radiological Society.  His list of over 40 awards and honors includes the Diagnostic Imaging Magazine’s 20 Most Influential People in Radiology, Medical Imaging Industry’s Top 10 Radiologists, twice-awarded AuntMinnie.com, Most Effective Radiology Educator, and an Honorary Doctorate from the University of Zurich. Dr. Resnick is a renowned lecturer, having a profound impact on residents, fellows, and the radiology community throughout the world.