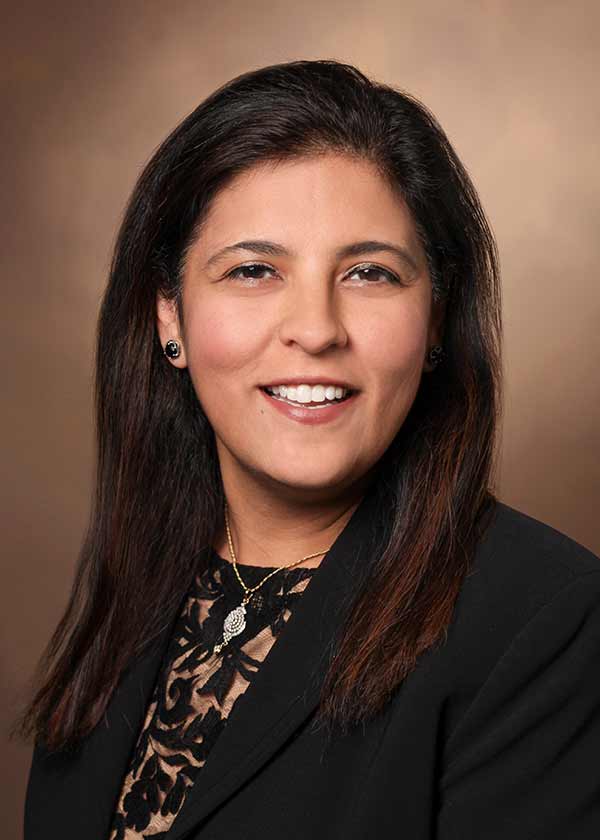 Dr. Bagai is Associate Professor of Neurology at Vanderbilt University Medical Center. She joined the Neurology faculty at VUMC as a Clinical Instructor in 2004 and was promoted to Assistant Professor in 2005. She has been serving as Director of the Sleep Medicine Fellowship Program at Vanderbilt since 2011. She was promoted to Associate Professor in 2017. She is involved in the diagnosis and treatment of sleep disorders, and in teaching medical students, neurology residents and sleep medicine fellows.

Dr. Bagai received her Bachelor of Medicine and Bachelor of Surgery degree from the University of Delhi, New Delhi, India in 1995. She spent two years as a research assistant at the Rush Cancer Institute, Rush Presbyterian St. Luke’s University in Chicago, IL and the Department of Neurology at the University of Illinois at Chicago. Dr. Bagai completed her internship in Internal Medicine at the Rush Westlake Hospital, affiliated with the Rush University, Chicago, IL from 1998-99. This was followed by a residency in Adult Clinical Neurology at Loyola University Medical Center and the Edward Hines VA, Maywood, IL from 1999-2002. She served as Chief Resident in her final year of residency. She joined Vanderbilt as a fellow in Clinical Neurophysiology and Sleep Medicine in 2002. In 2010, she earned a Masters in Science and Clinical Investigation degree from Vanderbilt University.