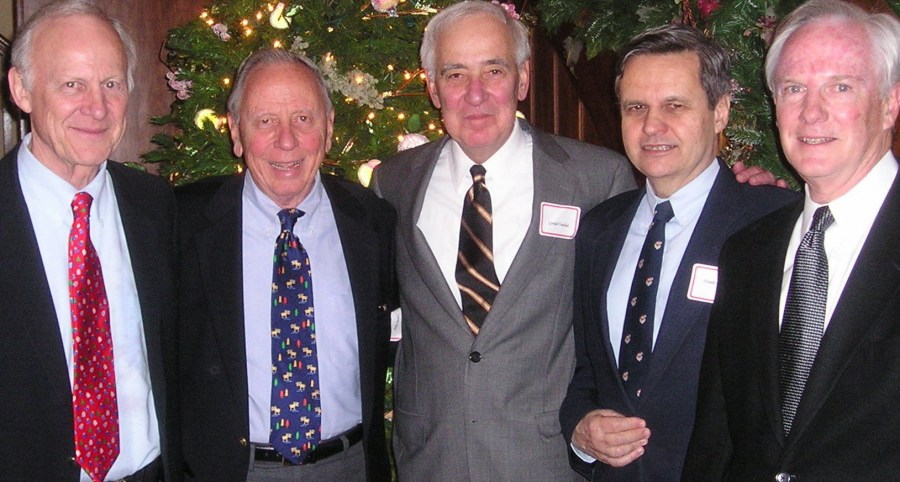 Although Vanderbilt University was established in 1875, the Medical Center did not open until 1925. During these early times patients with neurological conditions were seen by internists, psychiatrists, and neurosurgeons. The first fully trained neurologist and avid teacher of Neurology at Vanderbilt was Dr. Bertram E. Sprofkin, who arrived in 1955. When Dr. Sprofkin left to open a private practice, he was replaced by Dr. Charles Wells. Both were appointed to the Department of Internal Medicine.

Dr. William F. Meacham (then Chair of Neurosurgery) led the institution’s effort to expand Neurology into a more prominent clinical entity. Dr. Grant Little (then Chair of Internal Medicine), recruited Dr. Gerald M. Fenichel, who at the time was head of Neurology at the Washington Children's Hospital, to Vanderbilt. Dr. Fenichel asked that Neurology be made an independent Department and became the first Chair of the new Department of Neurology in June 1969.

Since its inception medical students rotated through the nascent Department of Neurology. However, it was not until 1970, when Dr. Anthony Kilroy became the first Vanderbilt Neurology resident. Early Neurology faculty were Dr. Gary Duncan (first vice-chair of the Department) and Dr. Frank Freemon. Dr Fenichel recruited a number of new faculty, including Dr. L. William McLain, who became the chief of the new Neurology Service at the Nashville Veterans Administration Hospital. Frank R. Freemon later served in this position from 1978 to 1997, and the position is now occupied by Dr. Ronald Wiley. Electroencephalography was developed by James Ward and Bill Clark, son of Vanderbilt anatomist Sam Clark. The current EEG laboratory, including the state-of-the-art Epilepsy monitoring unit, is directed by Dr. Bassel Abou-Khalil. Dr. Fenichel established a child Neurology program and became known as the “dean” of child neurology chiefs. For years Dr. Fenichel provided the only electromyography laboratory in Nashville. Over the years, the growth of neurosciences caused the Neurology Department at Vanderbilt to differentiate into subdisciplines. By the mid-1980s, separate divisions were formed in the fields of neuro-oncology, movement disorders, muscles diseases, epilepsy, stroke, and multiple sclerosis.

Thirty-two years following its inception, the Department's leadership changed hands to Dr. Robert L. Macdonald, the second Chairman of Neurology. Under Dr. Macdonald’s visionary leadership, the Department of Neurology, and neurosciences in general, have undergone a spectacular expansion and growth. The Department of Neurology has increased from 21 Faculty members in 2001 to 40 by 2005. The number of basic and clinical researchers has increased, and with this the number of research grants submitted and accepted. In 2004 there were over $3.5 million in Federal and non-Federal research grants. In the last three years, substantial increases have occurred in the capacity of the neurophysiology laboratory, the number beds for adult, pediatric and neurocritical care, the amount of research space, and the number of residents and fellows. In addition, there is new and highly successful Sleep Center as well as a certified neurosonology laboratory.