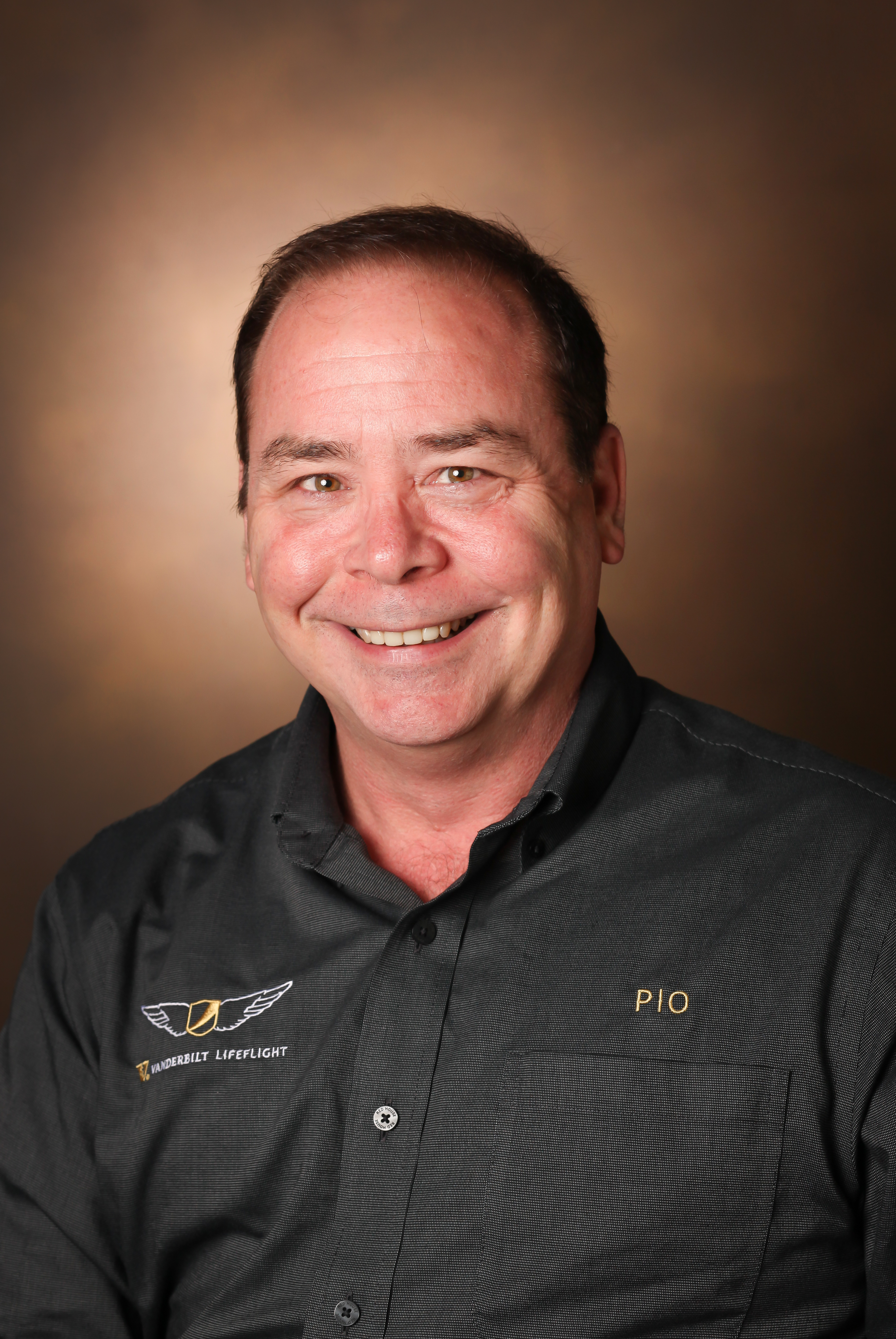 In 2010 he transitioned to his current role as public affairs manager for LifeFlight. In this role he works with local media, manages the brand and marketing of Vanderbilt LifeFlight, including electronic and social media. Jerry is available to advise internal stakeholders on communications best practices and media interaction. Additionally he oversees the EMS Equipment delivery program.

Jerry holds a B.A. degree in journalism/communications from Lipscomb University and a Master's in Public Administration from Tennessee State University. He is a licensed Advanced Emergency Medical Technician and is the former chief/director of EMS for Bedford County EMS. He once served as a Engineer/FireFighter III and public information officer for the City of Brentwood Fire Department.