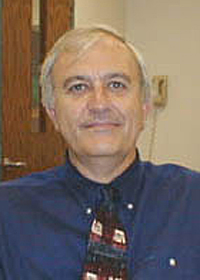 Richard Hoover is Professor Emeritus of Pathology, Microbiology and Immunology. He came to Vanderbilt University in August 1985 and was promoted to Professor of Pathology in 1987. Prior to that, he received his Ph.D. in 1972 at Michigan State University; held a two­year postdoctoral position in Scotland at the University of Glasgow, and then was at Harvard Medical School for 10 years, rising to the rank of Associate Professor. During his tenure at Vanderbilt, he has been director of two NIH training grants- one for graduate students and postdoctoral fellows (16 years) and one for undergraduate students from underrepresented populations and summer research (11 years). He was awarded the AAAS Fellowship in 2014 for his contributions to science and education. He has trained numerous graduate students and postdoctoral fellows and published nearly 100 papers in peer-reviewed journals. He was also an initial Associate Editor for the Atherosclerosis, Thrombosis Research journal, and reviewer for numerous other journals. He has had grant funding from the National Institutes of Health and the American Heart Association. He served on peer review committees for the NIH evaluating research and training grants, and on national, regional, and state peer review committees of the American Heart Association. In 2001, he became the Associate Dean of the Graduate School where he remains involved in promoting graduate education and the success of graduate students. He received the Levi Watkins Award from the Vanderbilt Medical School and the Dr. Dolores Shockley Partnership Award from Meharry/Vanderbilt for promoting diversity in graduate education and research at both institutions. He served on Vanderbilt's IRB committee for 5 years, two as the chair. Dr. Hoover has dedicated his professional life to research and was instrumental in determining the importance of the endothelial lining of blood vessels and its pivotal role in inflammation, atherosclerosis and metastasis, and in our understanding membrane fluidity and formation of lipid domains.