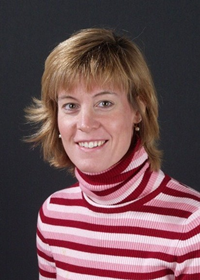 My research endeavors include studies of proliferative breast disease and breast cancer. I am engaged in both discovery projects and investigation of specific genetic alterations. My work is principally funded by a Vanderbilt Physician Scientist Development Award and the Breast Cancer S.P.O.R.E. through which I have received a Career Development Award. My main effort is characterization of the molecular changes accompanying the pre-invasive to invasive breast cancer transition. This is an important focus for breast cancer research because extensive epidemiologic data have shown the most critical event in mammary neoplasia to be the transition from ductal carcinoma in situ (DCIS) to invasive mammary carcinoma (IMC). Approximately one third of women diagnosed with IMC in 2003 will subsequently develop metastatic disease and die as a result. In contrast, DCIS is a non-invasive process which by definition has no metastatic capacity with survival rates comparable to those of women in the general population. Differences in gene and protein expression should be responsible for these strikingly different clinical phenotypes and are under investigation using cDNA microarrays and matrix-assisted laser desorption-ionization time-of-flight mass spectrometry (MALDI-TOF MS). The goal of these projects is to determine the expression differences which are predictive of biologic behavior both between and within these groups. These are discovery projects which will result in identification of genes and/or proteins associated with breast cancer invasion. The causal and mechanistic association of these genes and/or proteins with breast cancer invasiveness will be subsequently studied in appropriate cell and mouse models. Furthermore, epidemiologic validation linking invasion-associated genes and proteins with clinical outcome can be explored in databases with appropriate clinical follow-up such as the Nashville Breast Cohort. Additional projects include 1) The relationship of the transforming growth factor-¿Ò1 T29C polymorphism to breast cancer risk, 2) Interdependence of radial scar and proliferative disease with respect to invasive breast cancer risk in benign breast biopsies, and 3) p27 haploinsufficiency in invasive breast cancer.