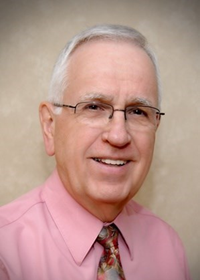 Dr. Larry Swift is Professor Emeritus of Pathology, Microbiology and Immunology. He earned the B.S. degree in chemistry from Indiana Central College and the Ph.D. degree in physical chemistry from Vanderbilt University. In 1971 he joined the faculty in the Department of Pathology as a Research Associate and Instructor and moved through the faculty ranks becoming a Professor in 1992. His research, funded by the National Institutes of Health, the American Heart Association and the Veterans Administration Merit Review, was focused on various aspects of lipid and lipoprotein metabolism. He helped define the steps in plasma lipoprotein assembly and how this process was altered by dietary fat and cholesterol. He made the discovery that a lipid transfer protein essential for lipoprotein assembly was also present in adipocytes, and the latter part of his career was focused on the role of this protein in lipid accumulation by fat cells.