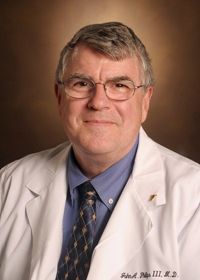 My current research interests are molecular investigations of the pathogenesis of Mendelian disorders. These include specific studies of the following: 1) genetic defects in the growth hormone (GH) synthetic pathway and regulation of alternative splicing of GH1 transcripts, 2) genetic basis of familial primary pulmonary hypertension (FPPH), 3) genetic basis of familial dyslexia, 4) genetic basis of idiopathic pulmonary fibrosis (IPF) and 5) determining the molecular basis of VLCAD, LCHAD and other selected disorders of fatty acid oxidation and genes that metabolize medications using a new patented method (GVS) to screen for human genome variation.

Studies of familial defects of the GH synthetic pathway include analysis of the GH, GH releasing hormone receptor (GHRHR) and pituitary specific transcription factor (PROP1) genes in kindreds with defects in GH biosynthesis or action. These studies have investigated the contribution of GH, GHRHR and PROP1 defects to familial forms of isolated GH and multiple pituitary hormone deficiencies. Present studies of alternative splicing of GH1 transcripts have identified dual exon and intron splice enhancers (ESE and ISEs) that regulate alternative splicing to select use of weak splicing sequences to achieve constitutive splicing patterns. We have identified a series of splicing enhancer mutations that perturb alternative splicing of GH transcripts to cause Mendelian forms of GH deficiency. The interactions between these enhancers and SR proteins to achieve tissue specific regulation of normal splicing patterns is being studied to determine the basic mechanisms that regulate alternative splicing. Parallel, collaborative studies of transgenic mice to determine the pathogenic mechanism by which alternative GH1 transcript splicing causes pituitary cell death.

Studies of idiopathic pulmonary fibrosis or IPF have led to our discovery that heterozygosity for a surfactant protein C (SFTPC) mutation causes familial usual interstitial pneuomonitis in adults and cellular interstitial pneumonitis in children. These diagnoses represent pleiotropic effects of the retained protein that results from the SFTPC mutation that segregates in these large kindred. We are now determining the proportion of IPF families that are caused by SFTPC as well as the role of environmental agents in triggering IPF.

Studies of VLCAD and LCHAD include our devising PCR primers that will amplify the entire or combined segments of these genes. We are now applying a new, patented method of genetic variation screening (genomic variation screening or GVS) to detect all mutations that occur in the alleles of individuals who have these familial disorders of fatty oxidation.