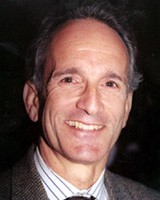 Jeff Davidson, PhD is Professor Emeritus of Pathology, Microbiology and Immunology. He received his BS from Tufts, an MS, and PhD from Stanford, and postdoctoral training at the University of Washington with the late Paul Bornstein. Prior to being recruited to VUMC/Pathology (1986,) his previous professional positions were with Ronald G. Crystal as a Senior Staff Fellow at the NHLBI and an Assistant/Associate Professorship at the University of Utah, where he also was appointed to the VA (1981-2017). In this latter capacity, he was awarded a prestigious Senior Research Career Scientist position. He has published nearly 200 articles (h-index:54) and more than 40 book chapters and reviews on connective tissue biochemistry and wound healing, frequently with Vanderbilt collaborators. His federally funded research for the past 38 years has investigated the role of growth factors in age- and diabetes-related healing defects, gene therapy of wounds, biomaterial-tissue interactions, and signaling processes in wound repair. Jeff has served on numerous public and private advisory panels, and throughout his career, he has had an extensive series of scientific collaborations and consultancies with the pharmaceutical and biotechnology sectors. Jeff was chair of the NIH Pathobiochemistry Study Section, and he has regularly served on NIH IRGs. He is past president of the Wound Healing Society and the American Society for Matrix Biology (ASMB). He currently serves on the editorial boards of Wounds, Matrix Biology, and International Wound Journal. Jeff became Editor in Chief of Wound Repair and Regeneration in 2015. Jeff founded the Gordon Research Conference on Tissue Repair and Regeneration and co-founded the Innovations in Wound Healing meeting (Chair, 2015). He organized the Gordon Research Conference on Elastic Tissue, a Keystone Conference on wound healing, and the 2012 meeting of the ASMB. He is currently a member of program committees for Innovations in Wound Healing and the Symposium on Advanced Wound Care.