The abstract, “Evaluation of Femoral Head Viability in the Post-Operative Pediatric Patient,” examined the use of nuclear medicine bone scans for evaluating femoral head vascularity in children that have undergone surgery with hardware placement for femoral neck fractures, slipped capital femoral epiphyses and Legg-Calve-Perthes disease.

“We concluded that scintigraphy is an undervalued imaging modality in determining risk of femoral head avascular necrosis in this setting,” said Dr. Washington.

“Eleby began this research early in his radiology training,” added Dr. Spottswood. “The imaging technique and clinical application in this project are unique within the practice of nuclear medicine within the U.S. This, as well as Eleby's hard work and poised delivery, likely contributed to his success.”

Dr. Washington was among four abstracts selected to give a 15-mintue presentation in the Resident/Fellow Oral Presentation of the Radiology & Radiation Oncology section of the meeting. Other sections of the meeting included interdisciplinary presentations on the role of radiology in general surgery, neurology, pathology, obstetrics and gynecology, and more.

The NMA Annual Convention and Scientific Assembly brings together medical professionals from across the United States in a forum on African American health, advances in medical care, policy and more. 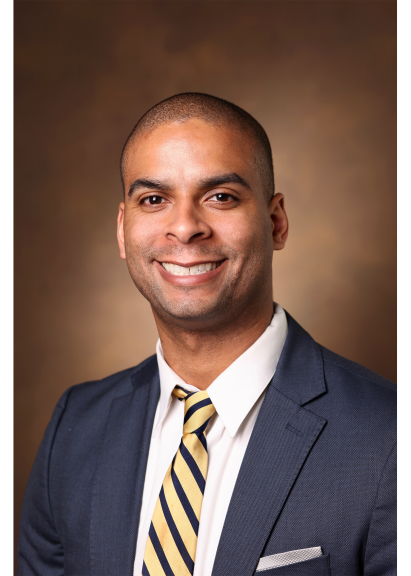