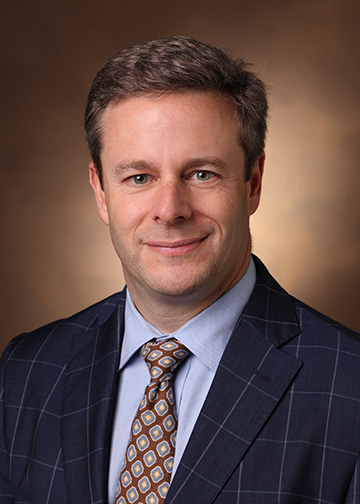 Dr. Seth Karp joined the Vanderbilt surgical faculty in 2011 as Director of the Vanderbilt Transplant Center.  In 2015, he was appointed Chair of the Department of Surgery and H. William Scott Jr. Professor.  In 2018, Dr. Karp was named the Surgeon-in-Chief of the Vanderbilt University Medical Center and the 6th Chair of the Section of Surgical Sciences in its nearly 100-year history, succeeding Dr. R. Daniel Beauchamp.  The Section consists of eight Departments: Cardiac, Neurological, Oral and Maxillofacial, Pediatric, Plastic, Surgery, Thoracic, and Vascular Surgery, which in turn are made up of approximately 10 divisions.

Dr. Karp is active in liver transplantation in the adult and pediatric population.  He maintains a particular interest in the use of marginal grafts, as well as general surgery in patients with liver disease.  Dr. Karp is nationally active in transplantation and has served in numerous leadership positions including for the American Society of Transplant Surgeons and the United Network for Organ Sharing.

Dr. Karp’s clinical research interests include increasing the number of organs available for transplantation, optimizing the use of all organs, and understanding and improving disparities in access to care for rural and underserved populations.

Dr. Karp maintains a basic research laboratory investigating the mechanisms of liver regeneration.  In particular, he is interested in molecules and mechanisms necessary for liver regeneration, as well as how liver cells interact and pattern the surrounding extracellular matrix.

Dr. Karp's research appears in such noted peer-reviewed journals as the American Journal of Transplantation and the Journal of Experimental Medicine. Review some of his published abstracts at PubMed.