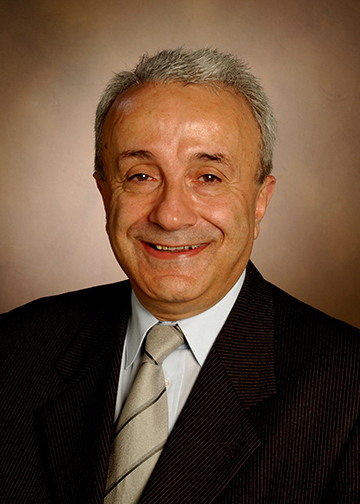 Dr. Abumrad’s professional interests have earned him appointments to serve on many NIH study sections, such as the Surgery, Anesthesia, and Trauma (1991-94) and Metabolism (1996-1998) Study Sections. In addition, he has just finished a stent as a member (2000-2004) and Chairman of the GMA2 Study Section. He also has served as a member of Secretary Donna Shalala’s Task Force on Breast Cancer in 1994.

Dr. Abumrad is certified with the American Board of Surgery since 1978 and was recertified in 1996.

Education:
Dr. Abumrad received his medical degree from the American University of Beirut in Lebanon in 1971.

Post-Graduate Training:
Dr. Abumrad completed his internship training and a residency in pediatrics at the American University of Beirut, in Lebanon. In 1976, he completed a residency in surgery at the State University of New York (SUNY) in Syracuse. He was Assistant Professor of Surgery at SUNY before leaving in 1979 to join the Vanderbilt University School of Medicine as Research Assistant Professor of Surgery and Medicine.

In 1981, Dr. Abumrad was appointed Assistant Professor of Surgery, Medicine and Physiology, and in 1982, as the Director of the S.R. Light laboratory at Vanderbilt, a post he held until 1991. During that time, he progressed through the academic ranks to become Associate Professor (1984) and then Professor (1987) of Surgery, Medicine and Molecular Physiology and Biophysics. He also was the named Paul W. Sanger Professor of Surgery (1984-92), and Associate Director of the Clinical Research Center (1985-92) with the Vanderbilt School of Medicine.

As a reviewer for many professional journals, Dr. Abumrad contributes to publications such as the Journal of Clinical Investigation, Diabetes, Metabolism, Endocrinology, American Journal of Clinical Nutrition, New England Journal of Medicine, Science, Nature and Proceedings of the National Academy of Science.

Dr. Abumrad has authored well over 250 articles in peer-reviewed journals, and several book chapters. Some of his topics include research findings on metabolic activity and hypoglycemia; the repair of metabolic processes; the effects of metabolic responses during insulin deficiency; the hormonal and metabolic effects of neuroglucopenia, and the effects of fasting on metabolism.