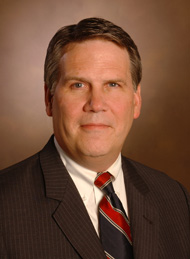 C. Wright Pinson, MD, MBA is the Deputy CEO and Chief Health System Officer at Vanderbilt University Medical Center. He holds a bachelor’s degree, with distinction, in physics; earned a Master of Business Administration degree from the University of Colorado while working as an engineer for IBM; and earned his medical degree at Vanderbilt University School of Medicine. Dr. Pinson trained in general (Oregon Health & Science University), hepatobiliary (Lahey Clinic) and transplant surgery (Harvard/Deaconess Hospital), and he completed his boards in surgery and critical care. He joined the faculty at OHSU in surgery and physiology in 1988.

Dr. Pinson was recruited to Vanderbilt University in 1990 as Professor of Surgery to start the liver transplant program and liver surgery division. From 1993 to 2004, he was the Interim Chair, Vice Chair and Chairman of the Department of Surgery. He was also program director for the Vanderbilt General Surgery Residency Program. He was director of the Transplant Center from 1993 to 2011. He has been an active clinical and laboratory investigator leading to 300 publications, numerous grants, and several awards. Dr. Pinson served as Chief of Staff of the Vanderbilt hospital from 1997 to 2004. From 2004 to 2009, as the Associate Vice Chancellor for Clinical Affairs and CMO. Dr. Pinson was the deputy vice chancellor for health affairs from 2009-2016. Beginning in 2011, he became Chairman of the Vanderbilt Health Affiliated Network.