How does a mRNA vaccine compare to a traditional vaccine? 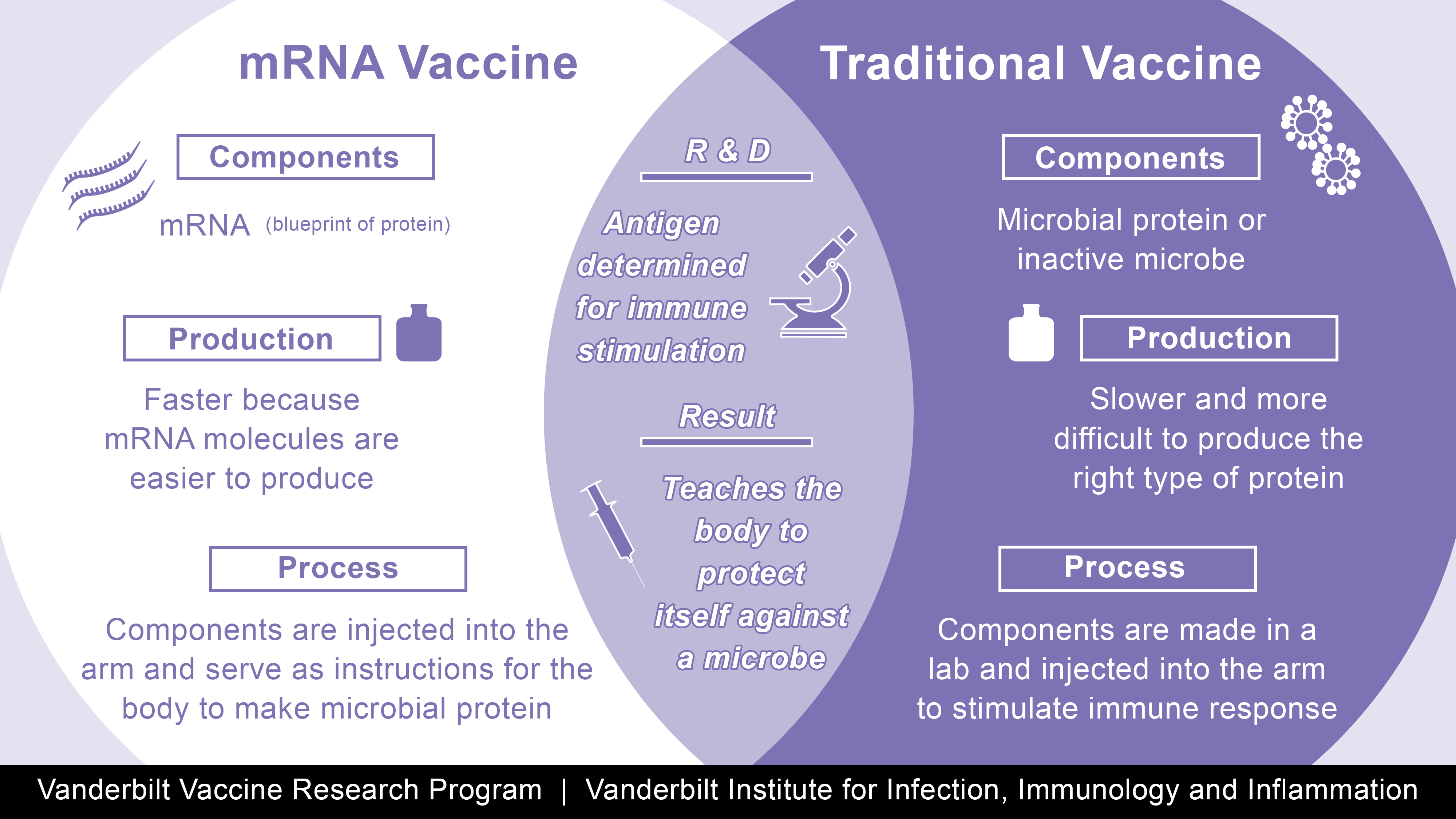 What is mRNA, and how do mRNA vaccines work?

Messenger RNA (mRNA) provides a recipe that your cells can use to make proteins. SARS-CoV-2 vaccines include instructions to make one portion of the virus (the spike protein) that is harmless by itself. After injection, the cells in your arm muscles pick up the mRNA, make the protein, and display it on the cell's surface. Your immune system sees the protein and learns how to make an immune response against it. If you are infected with SARS-CoV-2, your immune system recognizes the same spike protein and can quickly induce an immune response to fight the virus.

What are the advantages over other vaccine strategies?

Safety: Unlike live-attenuated or viral-vectored vaccines, mRNA is non-infectious and poses no concern for DNA integration—mainly because it cannot enter the nucleus which contains DNA. Other strategies such as protein-based or inactivated vaccines also require chemicals and cell cultures to produce. mRNA is made through a cell-independent process and does not require inactivation; thus, it poses no safety concerns due to contamination with toxic agents.

Efficacy: mRNA is rapidly degraded in the body, and cells don't readily take up foreign mRNA. Recent technology has modified the mRNA molecule to make it more stable and packaged the molecules in fats (called lipids), increasing cell delivery efficiency. These advances increase the amount of spike protein produced on your cells, thereby stimulating a more effective immune response.

Production: mRNA can be quickly designed and scaled up, if necessary. The manufacturing is sequence-independent, which makes it highly adaptable to different pathogens. The cost is also lower than other platforms and will continue to decrease as the technology expands.

Check out this article from our friends in the Mark Denison lab: 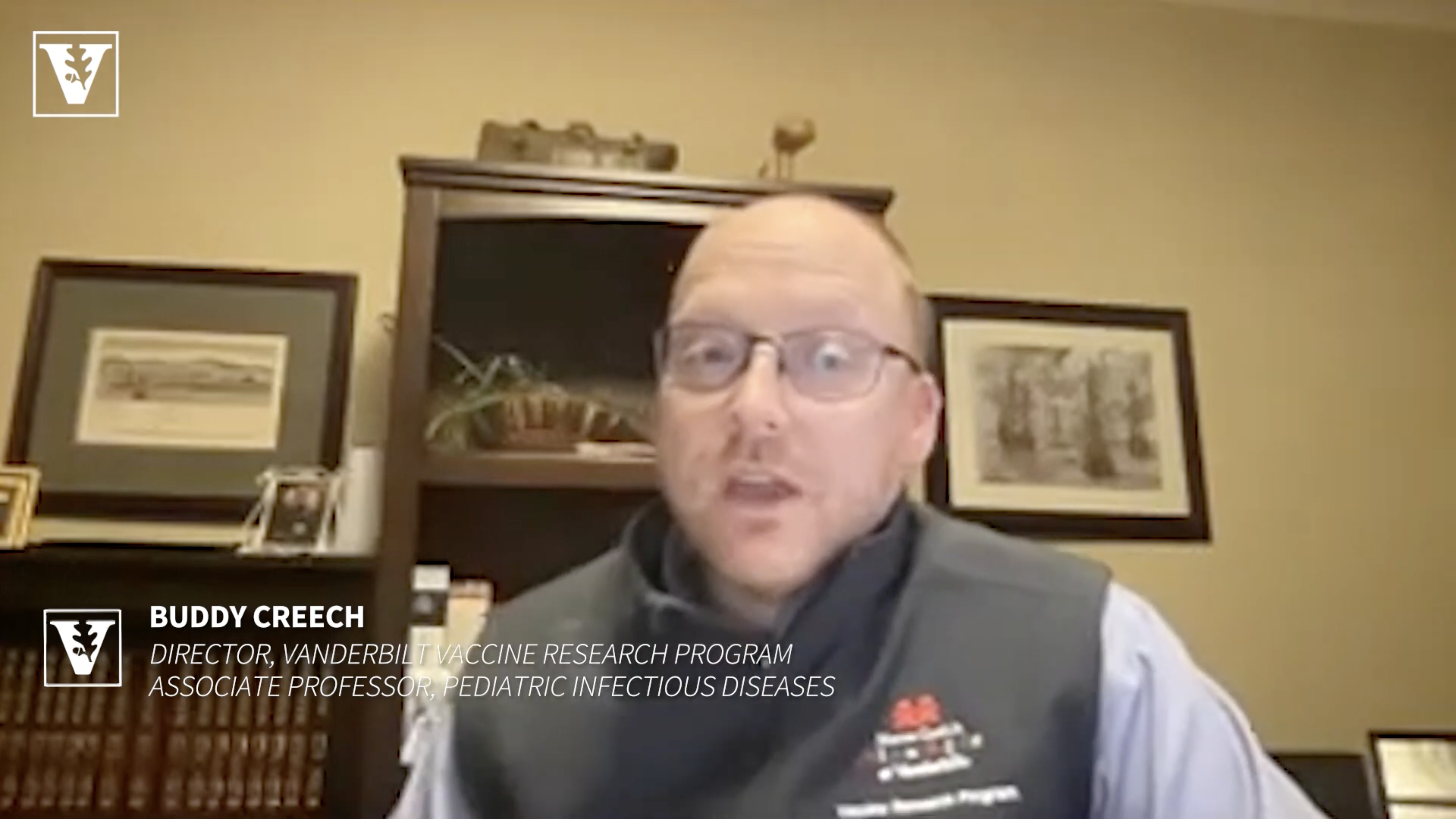 Click here to watch the video and read the interview with Dr. Creech!