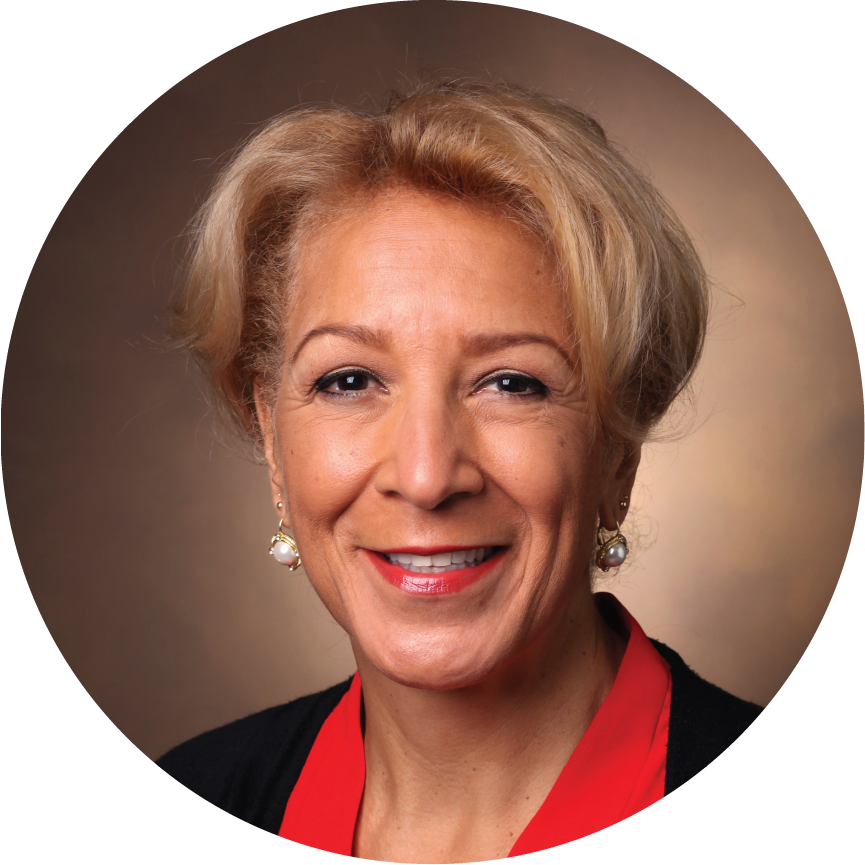 Stephanie E. Spottswood, MD, MSPH, is a Professor Emerita of Radiology and Radiological Sciences and former Chief of Pediatric Nuclear Medicine at the Monroe Carell, Jr. Children’s Hospital at Vanderbilt. She received her Bachelor of Arts degree in Education from the University of Michigan, Master of Science degree in Public Health from the University of North Carolina, and Doctoral degree in Medicine from the University of North Carolina. She completed residency in Diagnostic Radiology at Vanderbilt University Medical Center in 1991 and fellowship training in Pediatric Radiology at the Medical College of Virginia in 1992, and fellowship training in Nuclear Medicine at the Medical College of Virginia and Children’s National Medical Center in 1993. Dr. Spottswood is certified by the American Board of Radiology in diagnostic radiology, pediatric radiology, and nuclear radiology.

When did you first become interested in a career in Pediatric Radiology?

My career path to medicine was a bit circuitous: I received a Master of Science in Public Health, where my concentration was in Industrial Hygiene. This rigorous interdisciplinary scientific discipline included courses in Biostatistics, Epidemiology, Aerosol Science and Radiological Science, and became the framework that informed my approach to future study and lifelong learning. During my studies, I was inspired by Dr. James E. Watson, who was an outstanding teacher of Radiation Science. It was some seven years later that I discovered that it was Dr. Watson’s teaching that made the strongest impression and ultimately led to my study of Diagnostic Radiology.

When I graduated, I was one of approximately 6,000 industrial hygienists in the U.S. -- dedicated scientists attempting to coordinate facts and arrive at workable solutions to protect the health of workers. After graduation, I was recruited to San Diego City College to develop an Industrial Hygiene Technology Program. I taught there for two years, and then accepted a research position at the Engineering Control Technology Branch of the National Institute of Occupational Safety and Health (NIOSH). This work inspired me to apply to medical school, with a thought of becoming an occupational physician.

This plan changed in the early part of my senior year, while serving as an acting intern at a community hospital. During my first week there, I had the primary responsibility of four newly admitted patients, all with confounding physical exams and laboratory values. All of their elusive diagnoses were uncovered by radiological exams. I found myself spending evenings in the radiology suites of the hospital, in utter fascination of the images of my patients. I pondered what I had learned as a graduate student and how x-radiation was developed and utilized for medical purposes. I was hooked! So, I would have to say that Dr. Watson, the radiation physicist, was the first to influence my career path to radiology.

Once I entered radiology, I recognized the joy of working with children, and the ability to make a difference early in a child’s life – one that could impact his/her health and wellness for the remainder of his/her life. I also liked pediatric radiology because I could utilize all of the diagnostic tools of radiology - CT, US, fluoroscopy, plain radiography, and interventional radiography. Practicing pediatric radiology was a choice that did not limit one’s practice to a single body system, which I found appealing; I could apply my knowledge from residency to diagnosing diseases and conditions affecting all body systems.

After I completed my pediatric radiology fellowship, I was strongly influenced by one of the pioneers of nuclear medicine, Dr. Massoud Majd, who taught me pediatric nuclear medicine (NM) and encouraged me to attain board certification in NM while simultaneously practicing general pediatric radiology. I completed NM board certification and years later became the President of the Pediatric Imaging Council of the Society of Nuclear Medicine and Molecular Imaging, which gave me an international platform to collaborate, learn and grow. Dr. Majd has remained an important role model and friend over the years. Although we are now both in retirement, we recently published our second manuscript together! This unlikely partnership illustrates that our career paths can take unexpected turns, and we need to be nimble and academically prepared for leadership roles that come our way.

I chose VUMC primarily because of the admiration and respect that I had for the Radiology Department faculty who had trained me. Much of my subsequent career success can be attributed to the support of Dr. Marta Schulman, who provided numerous opportunities for participation in important national pediatric imaging initiatives, like the Image Gently Alliance, and writing guidelines informing the ACR Appropriateness Criteria. Dr. Richard Heller recommended me as an ABR oral examiner, for which I am deeply indebted. Not only was this an honor, but it was a deeply enriching experience which made me a more effective teacher.

Tell us a little about your work when you served as the department’s Associate Vice Chair for Diversity, Equity and Inclusion, and co-director of Women in Radiology.

In 2013, I was asked by my chair, Dr. Reed Omary, to take a leadership role in the Vanderbilt Department of Radiology to develop a strategic plan directed to increase the overall representation of women and minorities in the Department. The resulting Diversity Plan resulted in the creation of “The Office for Diversity, Equity, and Inclusion.” The primary aims of the Office were to 1) Develop a strategy to diversify the resident applicant pool and 2) Initiate departmental training on cultural proficiency and unconscious bias.

Simultaneously, in collaboration with Dr. Lucy Spalluto, we created a career development program for women: Leadership Intervention to Further the Training of Female Faculty (LIFT OFF). The overall goal of this program is to develop knowledgeable, successful, confident women prepared to achieve career success and assume leadership positions. 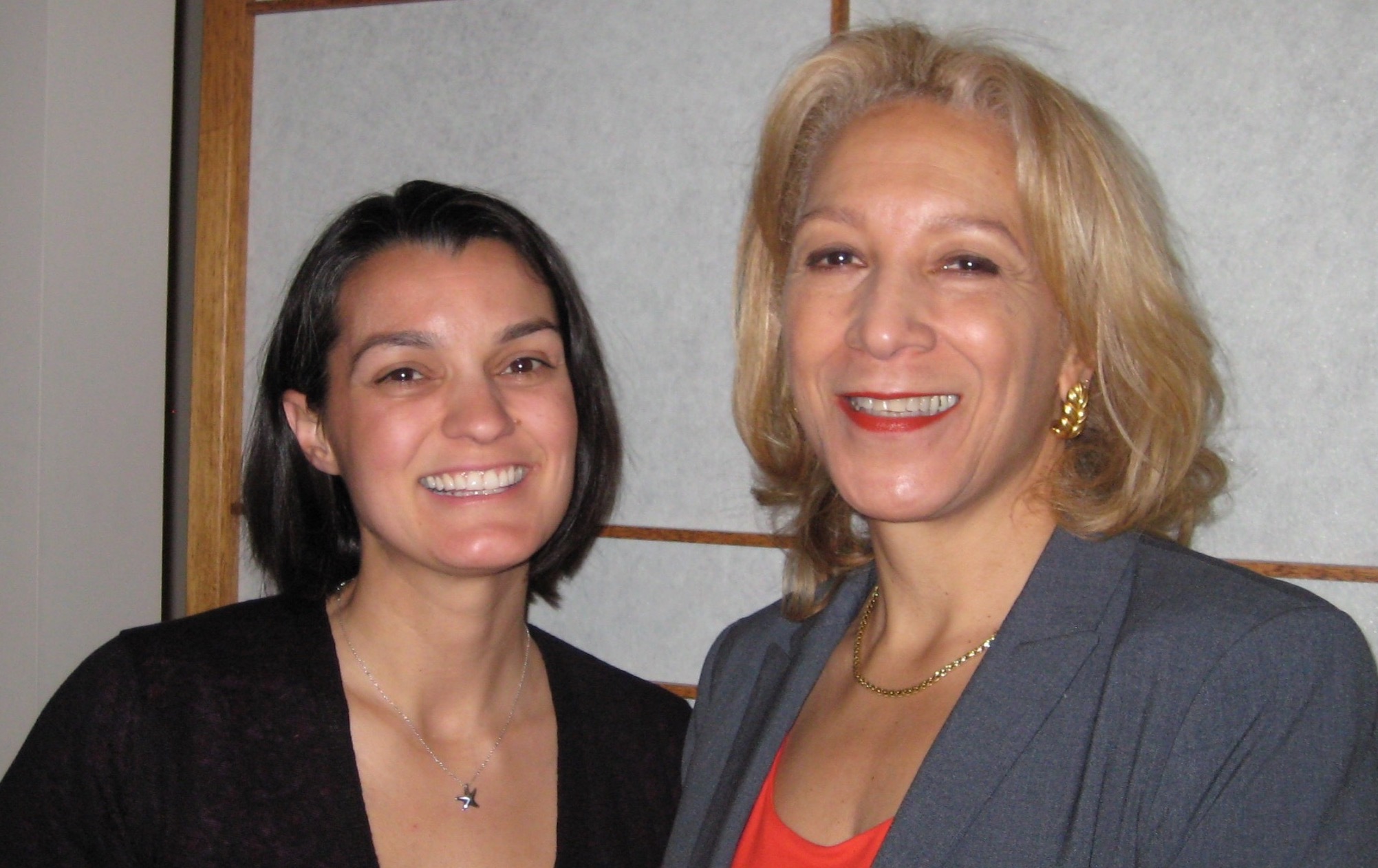 I additionally served as Chair of the Office of Inclusion and Health Equity (OIHE) Advisory Board at the Monroe Carell Jr. Children’s Hospital at Vanderbilt. The OIHE worked to foster a culture that embraces and promotes diversity, inclusion and respect for pediatric patients and their families, and strived to meet the cultural and linguistic needs of the patient population’s rich array of cultures. Its four major initiatives were: education and training, data and cross-cultural communication improvement, outreach and research. This Office has now been incorporated into a larger VUMC health equity initiative that serves the patients and families of both the pediatric and adult hospital. 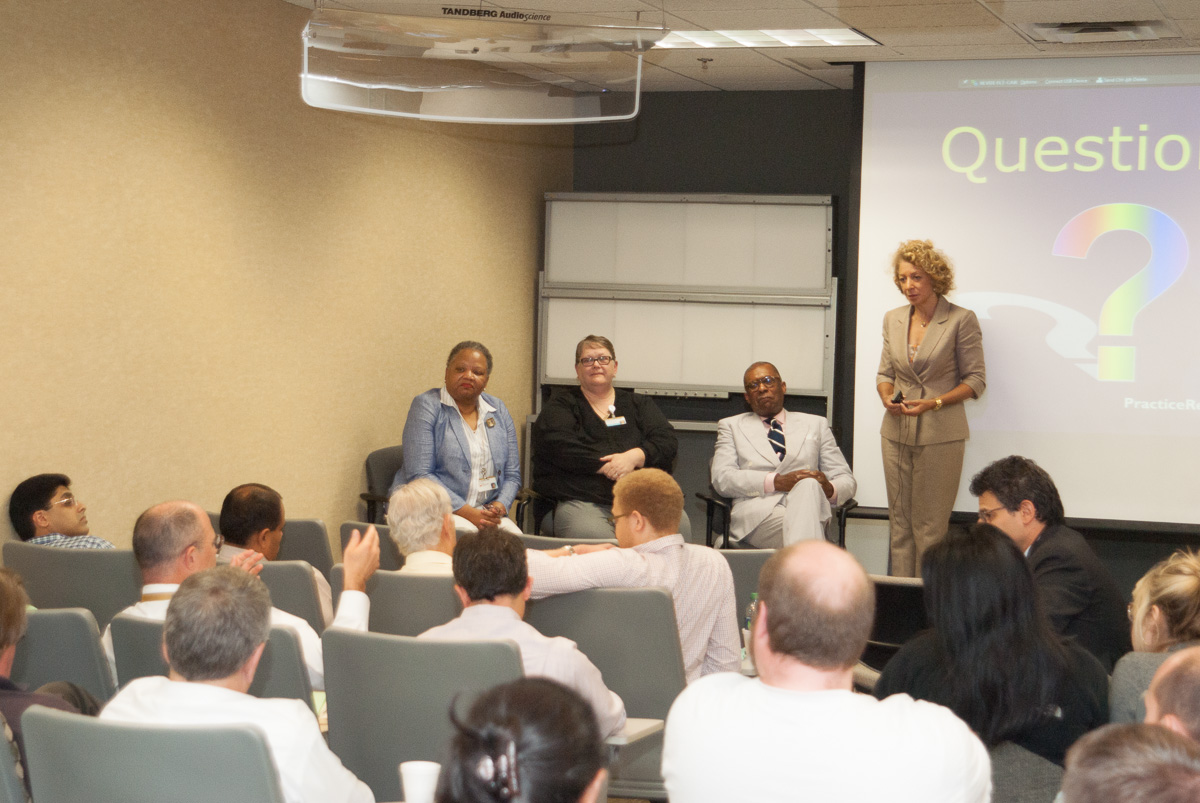 What are qualities/practices that have allowed you to have success in your field??

Like many of my colleagues, diligence and many hours of hard work likely predominate. However, I find that several additional concepts and principles guided me through challenges. These include:

What is the greatest challenge you’ve faced? How did you overcome it and who helped you?

The greatest challenge I have faced was being inherently bashful and ridiculously self-conscious as a child and young adult. When I entered second grade, my teacher told my mother that I was performing very well, but that when I spoke in class, my voice was barely above a whisper, and that I needed to “speak up.” I had been teased and bullied by classmates as a young child (because my family was “different”), which may have contributed to this self-consciousness.

Unfortunately, this did not improve later, when my family moved from a very small town in Arkansas to Detroit, Michigan. As I entered the fifth grade, I was somewhat awkward as compared with my “cool” classmates, and I was frequently teased as a “country bumpkin.” I was easily embarrassed and I suspect that I lacked confidence. I worked hard to adapt to this new culture of the Midwest, and over the years, I made a concerted effort to learn how to speak up, assert myself, and ultimately to give professional talks with confidence -- and to actively engage other people even when it creates anxiety. I think this is what drives several of the items mentioned above: constant self-analysis, continuous skill development, and being proactive. I learned that I was less likely to exhibit features of being bashful or self-conscious when knew in advance what to expect. 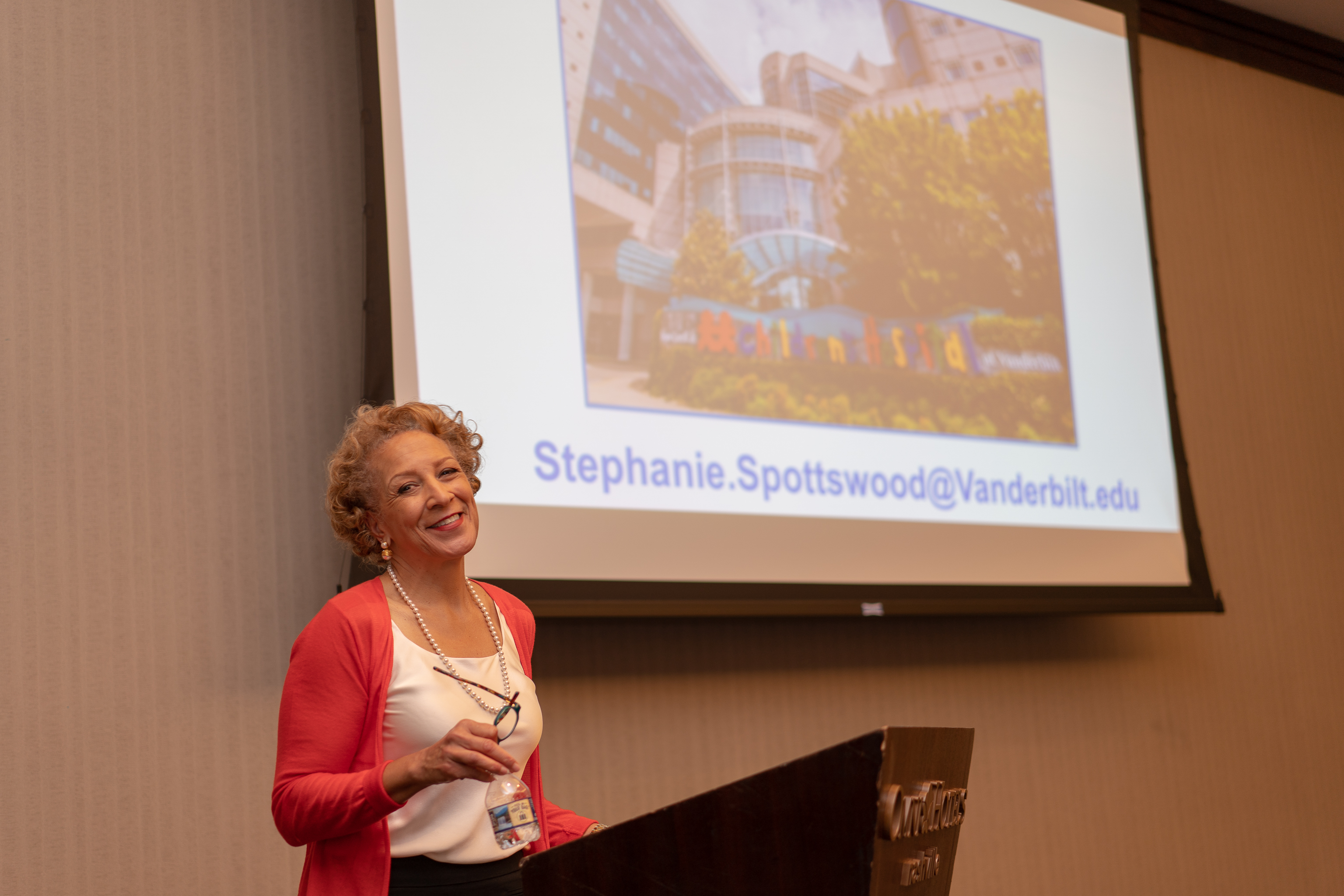 Spottswood giving UCB seminar at the Society for Pediatric
Radiology Board of Directors, 2018

Who is/was your most influential person/mentor and how what was the best advice they gave you?

I had positive role models (mentioned above), but no official mentor. In fact, I had minimal academic guidance in my early career, and made decisions that delayed my academic progress (like spending the first two years on faculty writing book chapters instead of original manuscripts). There were few female role models and no persons of color. When I was with NIOSH, I was one of two women, and the only person of color in my Division of approximately 100 employees. I was the first person of color to enter the radiology residency program here at Vanderbilt, there were no instructors of color, and no other residents of color were recruited during my four years of training. Some 15 years passed before another African American resident was admitted to the residency program. I emphasize these details because there is evidence that a professor of shared racial or ethnic identity is more likely to take a trainee under his/her wing to advise, guide and protect the trainee’s career.

My advice to junior faculty, residents and medical students is to identify a mentor – someone who can give valuable advice and provide emotional support. A mentor can provide honest, constructive feedback in a supportive manner. He/she has knowledge of your institution, professional field and academic culture, and therefore has the knowledge and skills needed to help you to succeed. In fact, having a mentor is highly predictive of an individual’s success in producing publications, obtaining grants, obtaining leadership roles, advancing in academic rank and income, and in overall job satisfaction.

As you move forward in your career, you may also consider the benefits of having a sponsor – especially if you need institutional, national or international connections to gain visibility, develop collaborative projects, get promoted, or move into a leadership position. A sponsor can rapidly elevate your career.

Finally, you might consider a professional coach if you are at a point in your career where you are not where you want to be, and it bothers you. A coach is highly successful at empowering change, and achieving goals.

What are your current and next goals you are working towards?

Throughout my career, one of my most cherished activities was inspiring people to reach their goals and lead meaningful lives. Following years of mentoring dozens of students, residents and junior faculty, in 2017, I received the Margaret Cunninggim Mentorship Award - which helped me to recognize my passion - and is my most prized award.

I retired from clinical practice in 2018, and continued my work in diversity and inclusion as a consultant to professional medical societies, medical centers and health departments. Much of this work centers on Unconscious Bias education. My consultancy, New Perspective, seeks to advance information and develop skills which will create meaningful and equitable change. This work is largely focused on the role of implicit biases that operate during clinical encounters in medical centers, ultimately contributing to the staggering racial and ethnic health disparities in the United States.

As a professional coach, I help individuals envision the outcomes they want and need, and then assist them to develop specific strategies required to achieve those goals and achieve sustainable outcomes. I also help individuals to position themselves for career advancement and leadership positions.

My future goal is to remain open-minded and welcome whatever appealing opportunities the future may hold!