Women In Radiology: In Focus, Andreotti 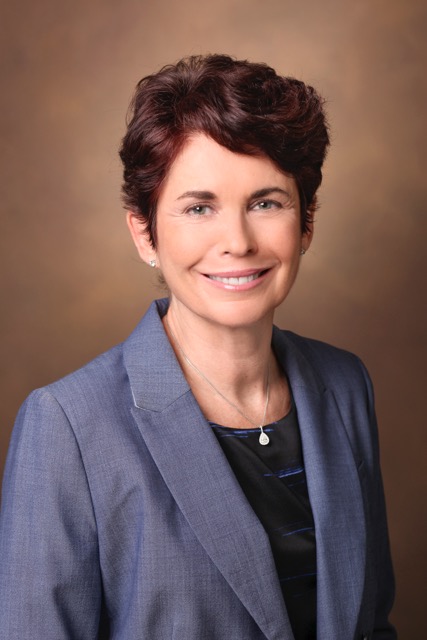 Rochelle Andreotti, MD, Professor of Clinical Radiology and Radiological Sciences and Professor of Clinical Obstetrics and Gynecology, is a subspecialist in ultrasound with an emphasis in gynecological and obstetrical ultrasound. She is recognized nationally as a speaker and has held leadership positions in the American College of Radiology, American Institute of Ultrasound in Medicine and the Society of Radiologists in Ultrasound. In addition, Dr. Andreotti has authored and co-authored numerous peer reviewed articles and book chapters in the field of ultrasound, some that have been routinely cited in the literature.

Tell us a little a bit about what kind of student you were growing up.

As a child growing up in the City of Baltimore I had always been painfully shy but had excelled academically throughout elementary and junior high school in Baltimore and high school in Atlanta, Georgia. My motivation probably dates back to the 4th grade when a teacher told us that to avoid being part of the “motley mob” one must apply him or herself and work very hard. Although I didn’t know what was meant by the term, it didn’t sound like something I wanted to aspire to be, and I immediately became a high achiever, receiving much positive reinforcement. This included receiving numerous academic awards, a spot in the Governor’s Honors Program in the state of Georgia to study French, and becoming the President of the National Honor Society, eventually graduating Salutatorian. I must also credit my parents who were a bit ahead of their time and gave my sister and myself the strong message that we should grow up well able to support ourselves.

How did you become interested in a career in medicine?

I enrolled in the University of Florida in 1971 and based upon SAT scores was invited to participate in the Honor’s Program where I was among many pre-med students. Keeping my options open,I choose to complete all of the pre-med requirements. At this time, a new program was being developed within the medical school called the Junior Honor’s Program. Those in this program would be accepted into medical school after their sophomore year in college, taking biochemistry in the junior year, and replacing the undergraduate senior year with the first year of medical school. Encouraged by the Dean of Undergraduate Education, Dr. Jim Deyrup, who was my organic chemistry professor, I was accepted into the program.

During medical school, I became passionate about anything related to women’s health, insight that I could use to help other women as well as myself. This led me to pursue a residency in Obstetrics and Gynecology matching at Duke University Medical Center. Residency at Duke was emotionally rigorous and physically demanding. Ultrasound had become a useful tool in evaluation of the pregnant and non-pregnant female pelvis but was being performed primarily in the Radiology Department. The Ob-Gyn Department in conjunction with the Radiology Department developed a rotation in Radiology for Ob-Gyn residents in their third year to study ultrasound. I was chosen as the first resident to participate in this rotation. The ultrasound section under Dr. Jim Bowie was at the forefront of the development of this modality. Dr. Bowie created a stimulating environment for residents and fellows who were involved in scanning patients and teaching each other. Sonography was very satisfying and even fun and Ob-Gyn imaging was a central part of it. Realizing my passion for the ultrasound field and my lack of desire to be a surgeon, I decided to pursue becoming an expert sonologist.

Tell us a little about your journey before joining the faculty at Vanderbilt University Medical Center in 2005.

After I completed my residency in Radiology at the University of Miami, and a body imaging fellowship with a concentration in ultrasound at Mount Sinai Medical Center on Miami Beach, I accepted a faculty position in the Department of Radiology at Mount Sinai. I began my academic career as an Instructor in Radiology, later becoming Assistant Professor and Ultrasound Section Chief.

Ultrasound of the 1980’s was a blossoming, fascinating kingdom with many new technological advances that included transvaginal scanning, spectral and color Doppler, and advances in temporal and lateral resolution. Working with sonographers, residents, fellows and other faculty members as a team, we were all learning together from this rapidly advancing modality. These were fun and exciting times that continued for the next 14 years while on the faculty of Mount Sinai Medical Center.

For many years, it never occurred to me that as a woman, I might be treated differently than my male colleagues. However, discrimination against women professionals was then to raise its ugly head, and I abruptly discovered that the salaries of the women faculty in the Department of Radiology at Mount Sinai were significantly lower than those of the males. In view of this discovery, in addition to other personal and financial reasons, I accepted a position in private practice at Baptist Health in South Miami as an ultrasound and breast radiologist. It soon became very clear that private practice was not a good fit for me. The work volumes were overwhelming and opportunities for interactions with patients, sonographers and colleagues were scarce.

During this time, I was approached by Dr. Arthur Fleischer, who asked me to consider a position on faculty in the Department of Radiology at Vanderbilt University, then under the Chairmanship of Dr. Martin Sandler. In consultation with my daughter, Charissa, and my soon-to-be husband, Scott Barns, it became clear that this was a career opportunity that should not be missed. I knew it would open up possibilities in academic medicine that I had always envisioned.

What have you been able to achieve at VUMC?

As I transitioned into academic medicine at VUMC as an Associate Professor of Clinical Radiology and Obstetrics and Gynecology, I was already over 50 years old and had some catching up to do in the world of academia. This was in addition to my involvement in resident and sonographer education and time spent working with clinicians in other specialties giving a high level of patient care.

With the support of Dr. Arthur Fleisher, who played a key role as facilitator and guide, I hit the ground running. I engaged in a few research projects, wrote manuscripts, became a journal reviewer and completed volunteer work for The American Board of Radiology (ABR), American College of Radiology (ACR), The American Institute of Ultrasound in Medicine (AIUM) and Society of Radiologists in Ultrasound (SRU). This work resulted in my becoming an ABR Board Examiner, chairing multiple committees, and holding fellowships in the ACR, AIUM and SRU.

Whether this would have been possible in a relatively short period of time at other institutions will never be known. However, I will always be very grateful to Dr. Art Fleischer and Vanderbilt's Department of Radiology and Radiologic Sciences under the leadership of Drs. Martin Sandler and Jeremy Kaye for their help and concern regarding my career path that led to promotion to Professor of Clinical Radiology and Obstetrics & Gynecology.

What is a challenge you’ve faced? How did you overcome it and who helped you?

One of my greatest challenges was making the decision to either continue down a path where I was extremely unhappy even though I was already in my third year of Ob/Gyn residency or challenge myself to move ahead and study imaging with the goal of using my background in Obstetrics and Gynecology to become an expert sonologist. With the help of Dr. Jim Bowie and support from my husband at the time, Dr. Peter Andreotti, I resigned as an Ob-Gyn resident and took a position as a research associate with Dr. Bowie while applying for radiology residency.

Who were your mentors and how did they influence your career?

Any success that I have had in the field of medicine can be attributed to a desire to make a contribution and leave this world, in some way, a little better for it. This was something imparted to me by my father, David Filker, who devoted his life to public service and community relations in the City of Baltimore and then the Federal Department of Housing and Urban Development as Director of Social Services.

My first mentor in the field of medicine was Dr. Giles Monif. He was a researcher in infectious disease in the Department of Obstetrics and Gynecology at University of Florida Medical School. He introduced me to academic medicine and successfully guided me through clinical research which led to my earliest first-authored journal publications.

Dr. Jim Bowie became my next, and most influential mentor, and it was under his tutelage that my career in ultrasound was launched.

What has allowed you to have success in your field?

My intuitive and perceptive nature, work ethic and ability to problem solve have helped me to achieve multiple goals, none of which can be underscored as being the most important.

My curiosity and desire to share cutting edge knowledge has opened many doors for me. I will never forget returning from my first AIUM Meeting in 1986 with a system on loan from Philips Healthcare that had a new transvaginal probe. The company was having difficulty finding users to evaluate the probe, and I was quite happy to agree to become one of the first test sites in Florida. This kick-started my participation in regional, then national organizations as a speaker, abstract presenter and eventually active committee member.

What is your greatest achievement?

My answer would easily be to have raised an independent, caring, well-grounded and successful child who holds a PhD degree in Clinical Psychology and is a clinical manager at the Child Mind Institute in NYC.

What challenges did you face 10 or 20 years ago that are no longer experienced by women in science?

During the interview process for medical school, I was interviewed by only male faculty. One of the faculty members felt that I might be too fragile for the medical field so I was asked to interview with an additional person. While this action was commonplace at the time, I doubt that it would be tolerated by any human resources department today. Although I did not realize it at the time, my class would be the beginning of a new era in medicine at the University of Florida. It was the first class to include 25% women, up from 10% the year before, a trend that would help to end this type of bias.

What is a current goal you are working towards?

I am presently chairing the ACR Overian-Adnexal Reporting and Data System (O-RADS) Committee and hope that this data system might prove to be something of significance that I can look back as my legacy to the field of Radiology.

One’s future ambitions are personal and it is tough to give specific advice to the next generation except that anything that is worthwhile and fulfilling involves a tremendous amount of work. I do hope that there is something to be learned from my story. 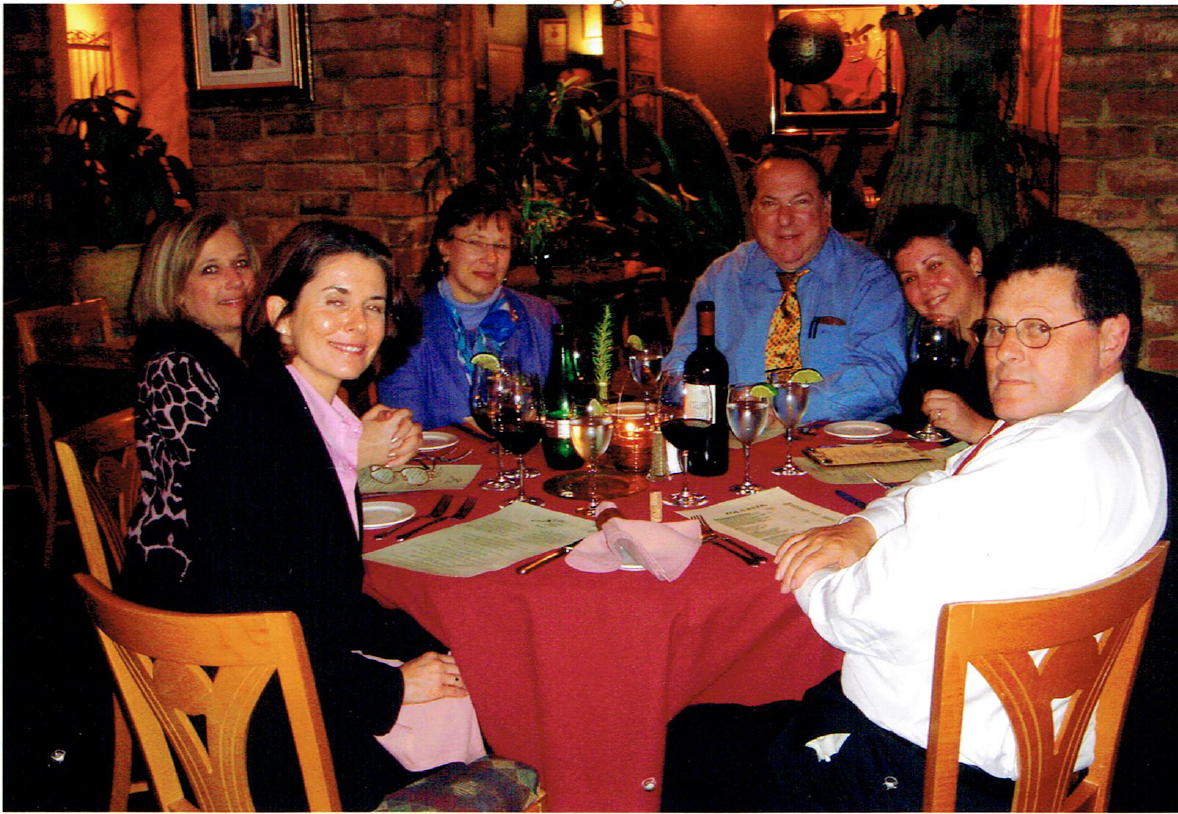 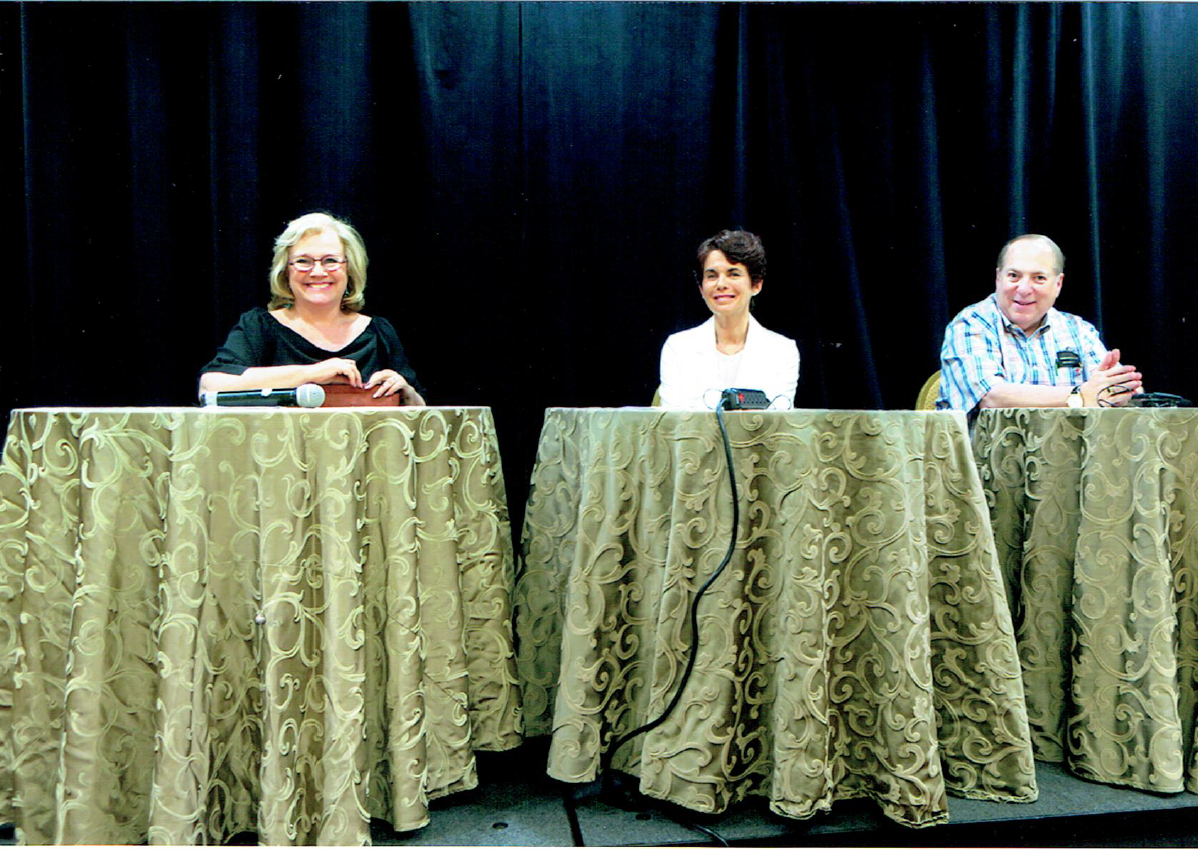 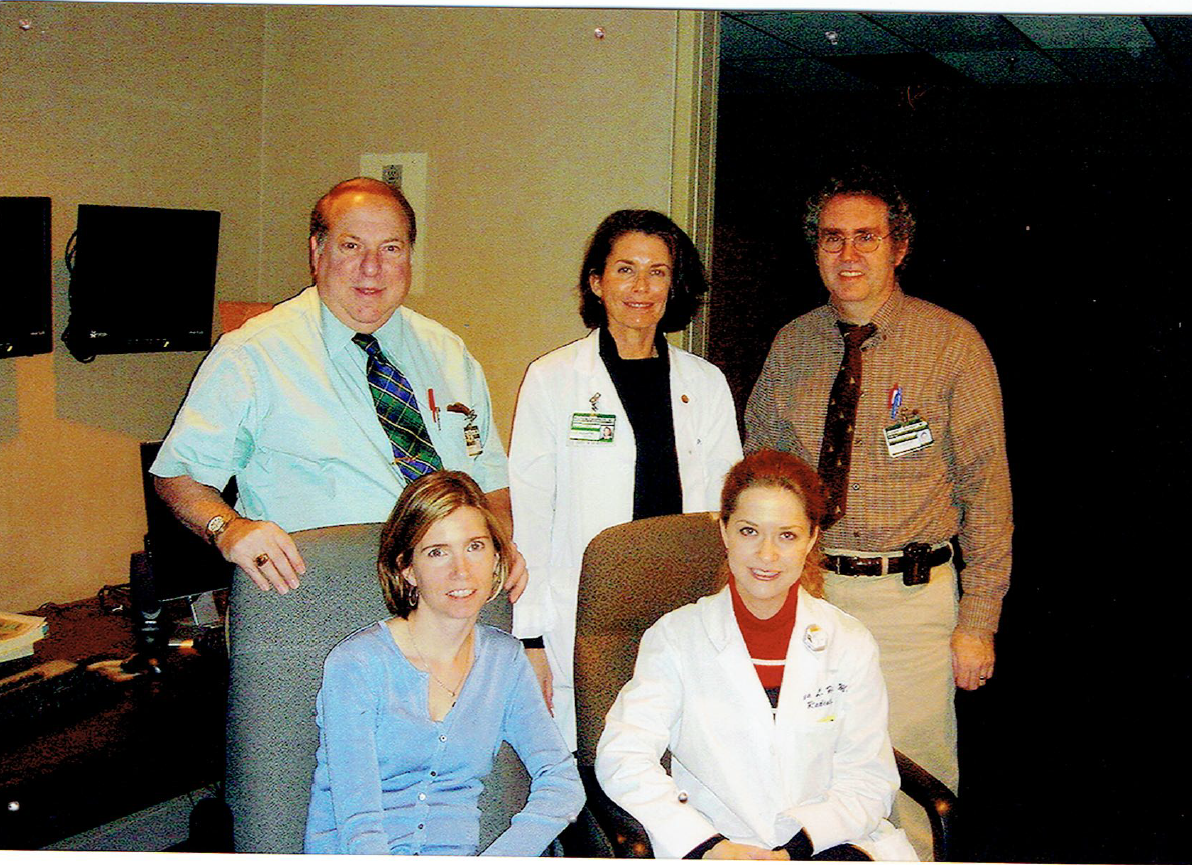