The Vanderbilt Department of Anesthesiology has a long tradition of leading the field of anesthesia informatics. A rich blend of world-class research, active software development, and utilization of the latest clinical applications allows the Department to drive use of technology within anesthesiology to improve safety and quality. Nationally recognized efforts within the Department are tightly linked with activities around the Medical Center and University as a whole. Advances in both research and clinical care are facilitated by several key faculty members in the Department who have dual faculty appointments in the Department of Biomedical Informatics.

The Vanderbilt Anesthesiology & Perioperative Informatics Research (VAPIR) Division is a multi-disciplinary group of physicians, biomedical engineers, software developers, database analysts and research staff who focus on understanding how the utilization of information technology can improve perioperative, anesthetic and surgical outcomes. The group, which is a part of the Vanderbilt Department of Anesthesiology, has been recognized as one of the premier anesthesia informatics programs in the world and is led by Robert Freundlich, MD, MS, MSCI, Assistant Professor of Anesthesiology and Biomedical Informatics.

The Vanderbilt Department of Anesthesiology has been a leader in the area of anesthesia information management systems (AIMS) development since the late 1990s. Because of the extensive effort that has been put toward developing a robust informatics infrastructure, the Vanderbilt Anesthesiology & Perioperative Informatics Research (VAPIR) Division is able to benefit from the availability of thousands of historical intraoperative records, each containing detailed physiologic information.

The group manages a variety of clinical research projects that span many areas including development of real-time point-of-care notification systems, creating predictive models for patient risk-stratification, enhancing patient-provider communication, developing new models for delivery of medical care and bringing personalized medicine into the operating room. Currently, the group has more than 40 active research projects, with collaborations that extend across Vanderbilt and into a growing number of academic centers across the world.

The Vanderbilt Anesthesiology & Perioperative Informatics Research (VAPIR) Division is dynamic and currently expanding. Qualified candidates are being sought for a variety of full-time analyst positions, and there are also openings for summer interns and research assistants. 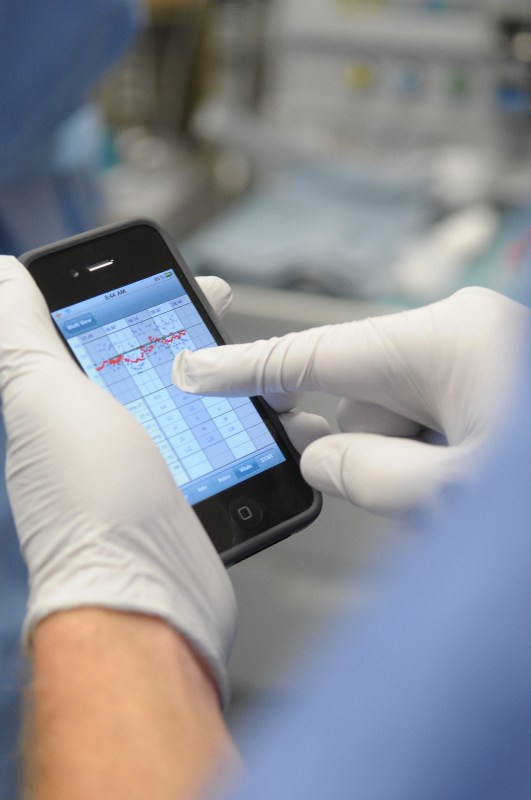 Vanderbilt University Medical Center truly offers the “operating room of the future ” today. In fact, VUMC’s technological savvy has earned national acclaim, as evidenced by the institution being named among the nation's 100 “Most Wired” hospitals and health systems for the seventh consecutive year. The 2011 Most Wired Survey and Benchmarking Study was conducted by Hospitals and Health Networks magazine, Accenture, McKesson Corp. and the College of Healthcare Information Management Executives.

This status is due, in large part, to the pioneering efforts of members of the Anesthesiology Department, which is a national leader for advances in informatics and state-of-the-art patient monitoring.

Beginning in 1995, Vanderbilt Perioperative Information Management System (VPIMS) was developed by Vanderbilt anesthesiologists to bring electronic charting and data analysis to the entire continuum of surgical patient care. The system provides documentation and management tools for anesthesiologist, surgeons, nurses, and administrators, from the first preoperative visit until after patients are home again. VPIMS also provides access to data from hundreds of thousands of OR cases that can be analyzed to support clinical research and quality improvement programs. The system also supports operating room efficiency, cost containment, and billing efforts.

The Vigilance software application visually integrates data from patient monitors, electronic medical records, and operating room video cameras, and transmits it to the clinician. The system also monitors patient data in the operating room, critical care, and postoperative floor settings and notifies the clinician immediately if a patient is having a potential problem. This allows the clinician to focus on the critical information needed to make timely decisions with the greatest impact on desired outcomes.

Vigilance was taken to the next level in 2010 with the development of a mobile device application that allows doctors to continuously monitor their patients, even if their patients are several rooms away. VigiVU, an iPhone app created by the VUMC Department of Anesthesiology, allows anesthesiologists and other clinicians to watch over up to four patients immediately before, during and after surgery – greatly increasing situational awareness. Additionally, the application allows secure expert consultation with live high resolution video and complete patient data available to consultants on the next floor or the next continent. In October 2009, Vanderbilt anesthesiologists and information technology specialists at the Medical Center launched the first version of VigiVU after just three weeks of development. The newest iteration of VigiVU is now in increasing use by VUMC healthcare providers.