These blog entries are the views and opinions of the residents during and after their international experiences, and do not necessarily reflect the opinions or positions of VIA or VUMC.

Blog 1
Looking back on the week, it feels like we’ve been in the ORs at Kijabe Hospital for more than just four days. We arrived in Kijabe on Monday after a smooth travel experience from Nashville and a quick overnight stay in Nairobi. Monday afternoon was spent acclimating to our new surroundings and getting a tour of the hospital and local markets. On Tuesday we started in the ORs, each being assigned to a room so that we could learn about the resources we have available to us here and how to use the ventilators and other equipment that is different than what we have in the States. Since I’m in my pediatric fellowship year, I chose to work in the pediatric OR for the first week. I think I expected the OR to run a lot differently over here compared to the States but the anesthesia is rather similar so adapting to the system wasn’t as hard as I initially thought it would be. One of the major differences is the role that I’m playing is more of a supervisor/attending role than that of the “hands on” person. There are beginning and advanced KRNA students assigned to the room with a KRNA teaching and overseeing them. It can be difficult to know when to step back and give the students more autonomy and when I feel that I need to step in. I am enjoying teaching and find the students are very engaged in learning and want to increase their knowledge and skills.

So far, I have been learning to rely more on my clinical assessment skills than on the monitors that I may or may not trust to give me the correct data at any given moment. One example of this is that while we have ETCO2 measurements, a couple days this week it was giving very low readings for otherwise stable patients. Since I was unable to come up for a reason why it was reading low on multiple patients, I had to accept that my clinical assessment of the patient was probably more reliable. We also discovered a problem with the oxygen supply during the week. Instead of giving close to 100% oxygen, we were delivering more like 30%. This explained why most of our patients seemed to desat rather quickly after induction and during intubation attempts. Also, I never could get any of the patients to sat 100% on the monitor, they all hovered between 95-97%. If I had been giving 100% oxygen (which what is assumed based on the fact that there is no air supply line) then I would have expected to be able to have an SpO2 reading of 100% on all the healthy kids. Dr. Newton and a KRNA were able to figure out the issue, but not knowing anything about the infrastructure of the hospital and how the oxygen is supplied, I would not have known there was an issue, other than my intuition telling me that something wasn’t right. They were able to install large oxygen tanks in some of the ORs so cases were able to continue as usual on Friday, however, we may be running on oxygen tanks for the next several weeks until the correct parts can be found.

We ended the week by taking an overnight trip to Lake Naivasha. Other than a couple monkeys and birds that I’ve seen around Kijabe, this was the first experience while I’ve been in Kenya to see a lot of animals in their natural habitats. We were able to take a boat ride on the lake and see hippos, zebra, and a lot of species of birds. The hotel we stayed at had cottages overlooking the grounds and we were able to watch zebra, giraffe, waterbuck, and at night hippos, grazing in front of our room. It was nice to get away and explore new scenery as well as get some needed down time and recharge for the weeks ahead.

Blog 2
I can’t believe our time at Kijabe Hospital is almost over. I can understand why it’s suggested that we stay here for four weeks since there is a bit of an adjustment period. I’ve been mainly helping in the pediatric OR but also occasionally supervising in a C-section room, helping resuscitate babies after C-sections, doing blocks, and teaching the KRNA students.

Every day seems like a new challenge with the equipment. One case your SpO2 monitor is working fine, then next you can’t get it to work at all and the portable one they can find might work or might not. However, since the patient is ventilating with adequate minute ventilation and doesn’t look blue, you go on with patient care until a suitable replacement monitor can be found. Having end-tidal CO2 is very important in monitoring patients ventilatory status, however, it seems to run low on certain monitors or not work at all. I’ve taken for granted that in the US, we routinely change out the circuits and sample lines with each patient, and have spare D-fends (equipment important for measuring ETCO2). That’s not possible here due to the very limited resources, and sometimes it can take a while to find a replacement. Instead of stopping the case, we carry on, routinely checking for breath sounds, the patient’s color, and pulse to make sure we are adequately ventilating, and send someone to try to find a replacement. I’ve found that it can be hard to explain to the students why or why not to trust a certain measurement, since I’m basing it off of clinical experience and not “what the books say” should be normal.

I’ve also had some challenging situations in the OR and in Recovery. Last week we had to emergently re-intubate a patient due to airway obstruction from their tongue swelling. It can be a hard decision whether to re-intubate or wait and see if the situation improves since there may not be available ventilators. We had tried nebulized epinephrine for stridor, salbutamol for wheezing, and kept the patient on 100% O2 by facemask but after an hour of the child struggling to breath and maintain oxygen saturations, we decided he needed to be reintubated. The only OR free at the time had a ventilator that was out of commission so we masked with an ambu bag. While it took several attempts to intubate due to the tongue edema, we were successful and thankfully did not need to do an emergent tracheotomy. There have also been several very small and very young patients that after talking with the surgeons about the anesthetic options, have been able to be done with minimal or no anesthetic which might not be considered in the US.

I have definitely enjoyed the challenges of providing anesthesia to patients in this setting and think that I will try to continue working abroad in the future. I’ve also liked learning about the customs and cultures of the people we are working with and exploring the natural beauty of Kenya. We’ve been able to visit Lake Naivasha, the Masai Mara and Lake Nakuru on the weekends which have been great to see as well as have some time to relax. I’m looking forward to the last week at Kijabe but it will hard to say goodbye to the new friends I’ve made in the ORs. 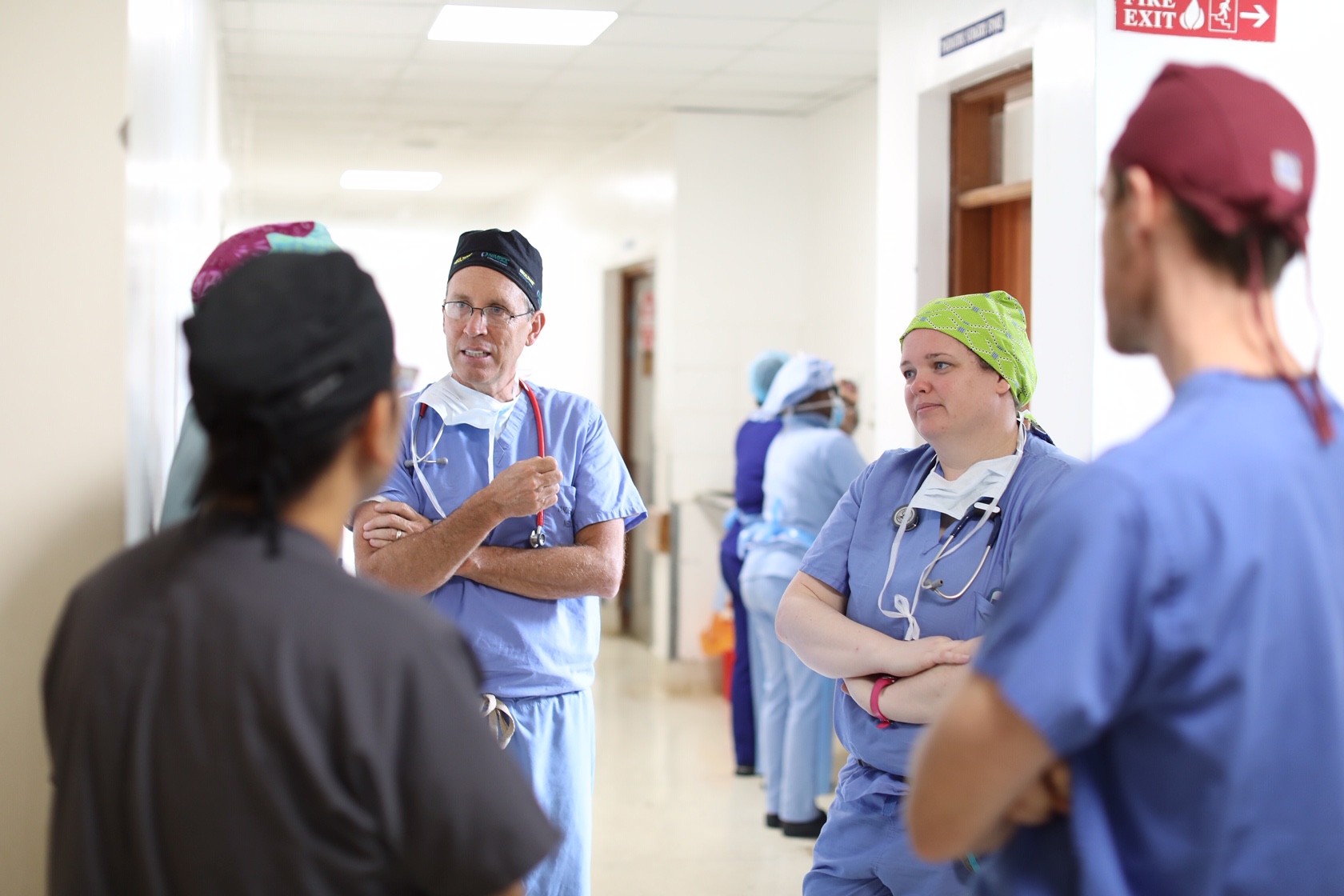