“It was truly inspiring to hear Mary Mungai's personal story,” said Claire Posey, Associate Program Manager of VIA. She grew up in a rural village in Kenya, became one of the first KRNAs under Mark Newton's, MD, tutelage at Kijabe, and is now serving as a leader helping to shape anesthesia education for her country. “Through her own powerful example, Mary showed us the importance of investing in education and what a huge difference it can make,” Posey said.

Mungai said her time at VUMC was spent on learning as she observed and interacted with practitioners in the institution. “It was great and at the same time humbling for me to be involved in talking to cadres that are in my opinion more educated and experienced in their career than myself.”

She said the medical providers at VUMC probably learned about how medical providers in Kijabe manage difficult situations in low resource settings. She also learned from VUMC. “I learned and benefited the most from the interactions and observations and am in the process of putting into practice what I learned from them.” She spent time in the operating rooms following different services and said it was very helpful to observe.

“I had great time with the CRNA leaders and they talked me through how they do their work, management, continuous education and mentorship of the students who rotate through the institution. It was humbling how everyone I came across was supportive of enabling me to achieve my goals during the time,” she said.

Newton said many CRNAs attended Mungai’s talk and were humbled by her commitment to patient care in a very low resource setting. “They left these meetings inspired and encouraged to do more here at VUMC.”

Posey said it was really special to have Mungai at the fundraiser this year. “In inviting Mary, we wanted to both honor her achievements and also give the VUMC community an opportunity to learn from her and see the impact of VIA's efforts in Kenya first-hand. I'm so glad we were able to do that.”

She said she hopes that those who attended the fundraiser as well as those who spent time with Mary during her two-week visit to VUMC gained a better appreciation for what it's like to practice medicine in a low-resource setting and the enormous inequality that exists between healthcare providers and patients in high-income countries and those in low-income countries.

Mungai stated she had a great time with the families that hosted her and went they extra mile to make her comfortable. “I am forever grateful to all that facilitated my coming over, organized my schedule and it will be helpful to my department here in Kijabe. 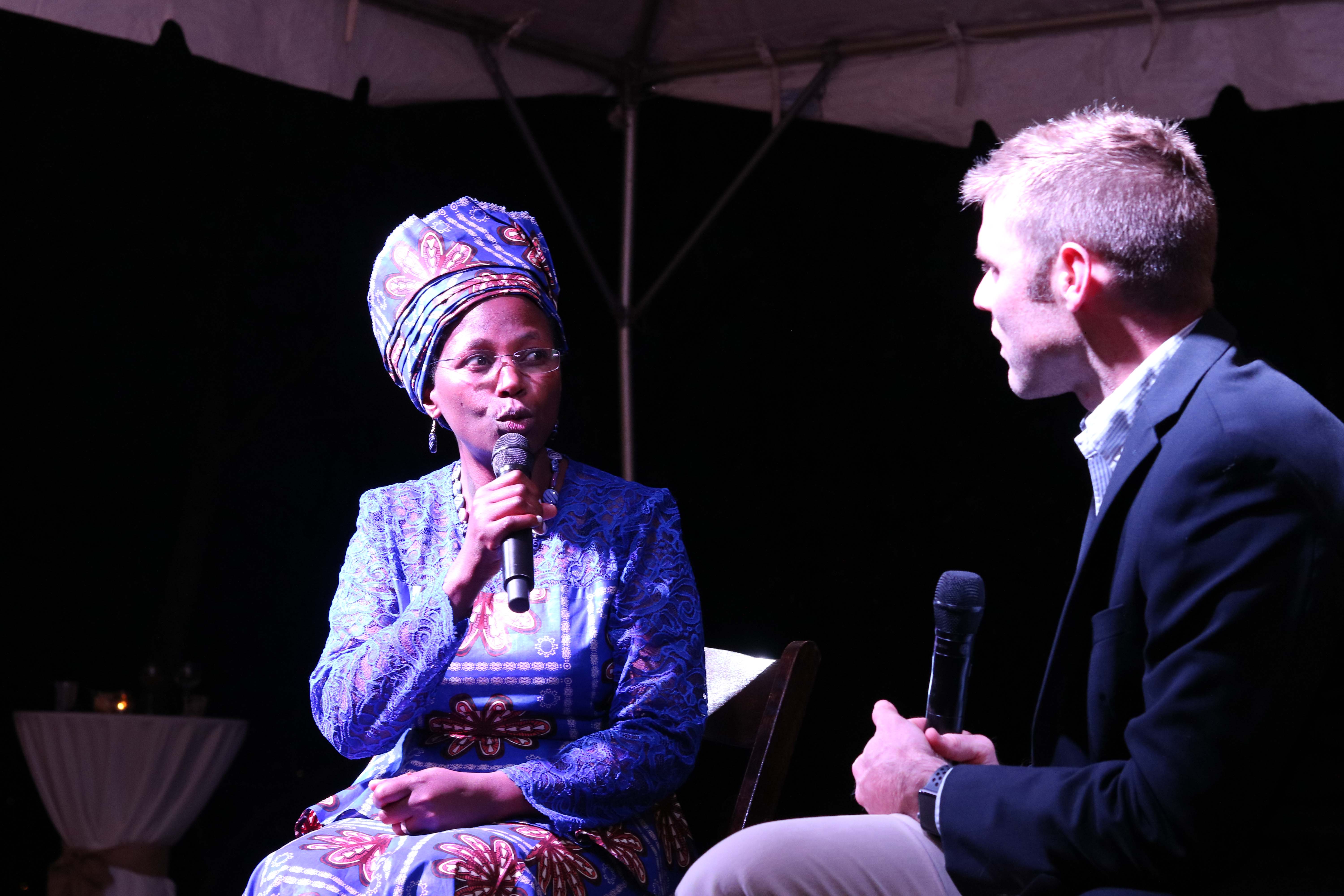