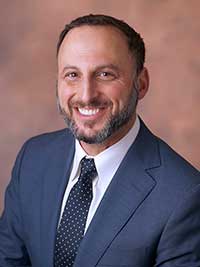 Dr Michael ' Migo' Golinko is a Brooklyn native, but has firmly put roots in Nashville, where both his daughter and son were born, right here at Vanderbilt!  He was recruited from Arkansas Children's in 2018 to focus his infectious energy & passion for care of children with facial differences to direct the Cleft & Craniofacial Program & the Division of Pediatric Plastic Surgery.  He also founded and directs the Vanderbilt Adult & Pediatric Craniofacial Fellowship, training the next generation of surgeons in cleft & craniofacial surgery. When not wearing any of those hats, he very much enjoys backyard BBQing with his wife, 2 kids and Golden Retriever.