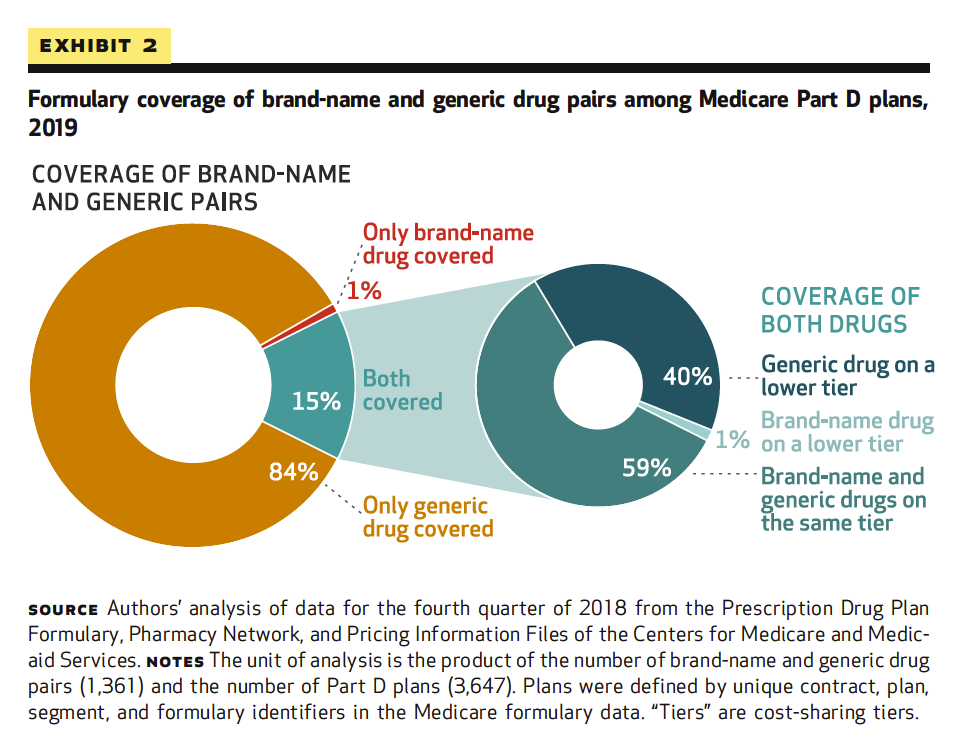 “What our study found is, in fact, that Part D plan formularies are designed to favor generics much more often than the brand-name counterpart, which in the end saves patients money,” Dusetzina said, who collaborated with fellow researchers at the Kaiser Family Foundation, Georgetown University and University of Kansas Medical School.

The analysis was done using formulary coverage data from Medicare Part D and Medicare Advantage plans from the Centers for Medicare and Medicaid Services (CMS) for a seven-year period between 2012 and 2019. Over that time, coverage of generic drugs increased, and brand-name only coverage decreased to less than 1%.

Another important finding is that of the plans that covered both the generic and the brand-name drug, the generic was generally on the same or lower cost-sharing tier than the brand, meaning patients paid less out of pocket for the generic.

“This is good news for patients who have chronic conditions that may need long-term treatment since generics generally will save both the patient and the program money,” Dusetzina said.

The study was funded in part by a grant from the philanthropy Arnold Ventures.