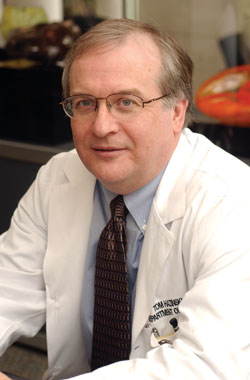 The annual Faculty Development Workshop is named in honor of Thomas A. Hazinski who is remembered for his dedication to the faculty and his desire to see that everyone had the tools needed to be a success at Vanderbilt.  Dr. Hazinski received his undergraduate degree from the University of Notre Dame in 1971, his medical degree from St. Louis University in 1975, and joined the Vanderbilt faculty in 1984.  He was a Professor of Pediatrics and, built and directed the Division of Pediatric Pulmonary Medicine.  He was a co-founder of Vanderbilt’s Master of Science in Clinical Investigation program.  In 2004, he become the associate dean for Faculty Affairs, a newly created role which allowed him opportunity to work on issues impacting the faculty, many of which have been topics of discussion in this annual workshop.

The workshop is an annual half-day conference on a chosen topic related to faculty development. The program consists of a keynote lecture, complemented by interactive workshops in varying formats. Recent topics covered include: conflict resolution/communication, mentoring strategies and development of educator tools.