This week's Spotlight is on Laurie Samuels, PhD, Research Assistant Professor in the Vanderbilt Department of Biostatistics.  Learn more about Laurie's path to biostatistics and her love of nature and greyhounds.

What was your draw to biostatistics? What has served as the pathway to your position?
I took the scenic route to biostatistics. I graduated from college in 1994 with a bachelor's degree in Religious Studies, but rather than continue on in that field, I followed my lifelong love of plants and spent the next several years working in horticulture. In 1999, I decided that I was ready for a career that would place less strain on my wrists and knees, and through great fortune, I got a job working for Mark Lipsey at Vanderbilt's Peabody College. Despite my lack of training in program evaluation, he hired me to code studies for a meta-analysis--- I remember him saying that the ability to read a text closely, which I had certainly developed in my Religious Studies classes, was the most important skill for the job. This was my introduction to the world of research.

I wish I could say it was during that first research job that I decided to become a statistician, but my career took a few more twists and turns, including a painful one (for both me and my students) in which I attempted to teach eighth grade math and science. Eventually I found myself back at Peabody, this time in a different research center, and when one of the center's data-entry programs stopped working, I rediscovered my childhood love of programming. One thing led to another, and in 2007 I began auditing courses in Vanderbilt's computer science department and learning SAS on the job.

After I passed my SAS certification exam, my supervisor at the research center decided it was time to reclassify my position. Through what later turned out to have been a Human Resources error, I was classified as a Biostatistician II. I decided that if this was going to be my job title, it would be good to know something about biostatistics! Luckily for me, Vanderbilt's very own Department of Biostatistics was getting ready to offer its first class. In August 2009, I enrolled in Principles of Modern Biostatistics, taught by Robert Greevy, and by Thanksgiving I was totally hooked. I applied for the department's new PhD program and was accepted into the first cohort.

Throughout graduate school, I was impressed by the kindness of the people in this department and by the respectful way in which people disagree with each other. There are a lot of things to argue about in statistics, and there's also a long history of acrimonious debate in the field. But in this department, I saw people speaking up firmly about their own points of view, while still recognizing the right of other people to see things differently. I was also very impressed by the commitment to reproducible research, statistical integrity, and lifelong learning that I saw throughout the department. It was a great honor to be offered a faculty position in our department after I completed my PhD.

Tell us about your life outside of Vanderbilt. Do you have a significant other? Children? Pets? What about your hobbies?
My life partner, Lisa Dordal, is a poet who teaches in the English department at Vanderbilt. We live with a retired racing greyhound ("Nick of Time", or "Nicki" for short), and all three of us like to go for walks in Percy Warner Park. I also love to sing and dance. I sing in my church choir, and I dance in the elevator at work if I'm the only one in there. 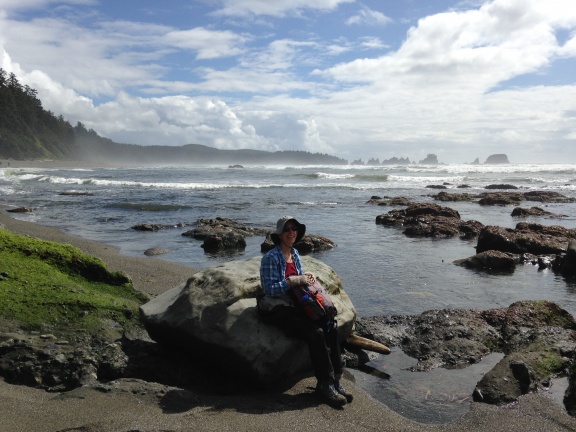