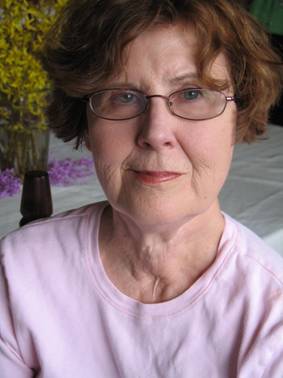 My name is Lynn and I have Baroreflex Failure. Like most patients with autonomic nervous system disorders, I was misdiagnosed for years before Dr. David Robertson at Vanderbilt finally discovered what I had.
In 1982, I had a tumor removed from my head called a “paraganglioma”. In order to remove the tumor, four cranial nerves were removed on the left side of my head. For several years prior to discovering the tumor I had experienced periods of extremely high blood pressures and fast heart rates and, also, periods of dizziness so severe that I couldn’t stand up. I found out later that was caused by falling blood pressures instead of “inner ear problems” as my internist assumed. The doctors ran some tests which didn’t turn up anything so they told me I was “just nervous”. Once they found the tumor, they thought that it was secreting adrenaline and that my symptoms would end as soon as they took the tumor out. Unfortunately, that didn’t happen so they considered the possibility of another tumor somewhere else. When they couldn’t find another tumor they sent me to Vanderbilt to see a “young doctor” named “David Robertson” who was doing studies on the autonomic nervous system.
Dr. Robertson ran a number of tests and told me that he felt that I had an autonomic nervous system disorder but, at that time, Baroreflex Failure had not yet been identified, so he couldn’t categorize mine. Over the next nearly 20 years, I struggled with the symptoms of periodic high and low blood pressures and tachycardia. I also experienced very extreme emotions. I would be fine one minute and then burst into tears for no apparent reason the next. My doctors were baffled and tested me many times for pheochromocytomas which are tumors of the adrenal glands causing similar symptoms. I would check in with Dr. Robertson every few years when my other doctors became particularly frustrated and he was always very kind to see me and help to manage my symptoms.
For some reason, in 2000 my symptoms escalated to the point of being out of control. I started experiencing dangerously high blood pressures and my blood pressures would drop so low that I couldn’t walk across a room at times. I called Dr. Robertson again after not having seen him for many years and he admitted me to the CRC for tests. Dr. Robertson and his associates had recognized Baroreflex Failure as an autonomic disorder and published an article in about it in the “New England Journal of Medicine” several years before that. Since my symptoms had become so much worse, they were finally able to diagnose me as having a form of Baroreflex Failure and treat my particular disorder.
Dr. Robertson and Bonnie Black, the nurse practitioner, and everyone associated with Vanderbilt have always been wonderful to me. They are very kind and totally committed to their patients. I’m extremely lucky that my condition is very stable right now with periodic episodes when I need assistance but I know that they are always available when those times arise. I feel so fortunate to live in Nashville where Dr. Robertson and his staff are located that I volunteer at Vanderbilt in the Autonomic Dysfunction Office every week.