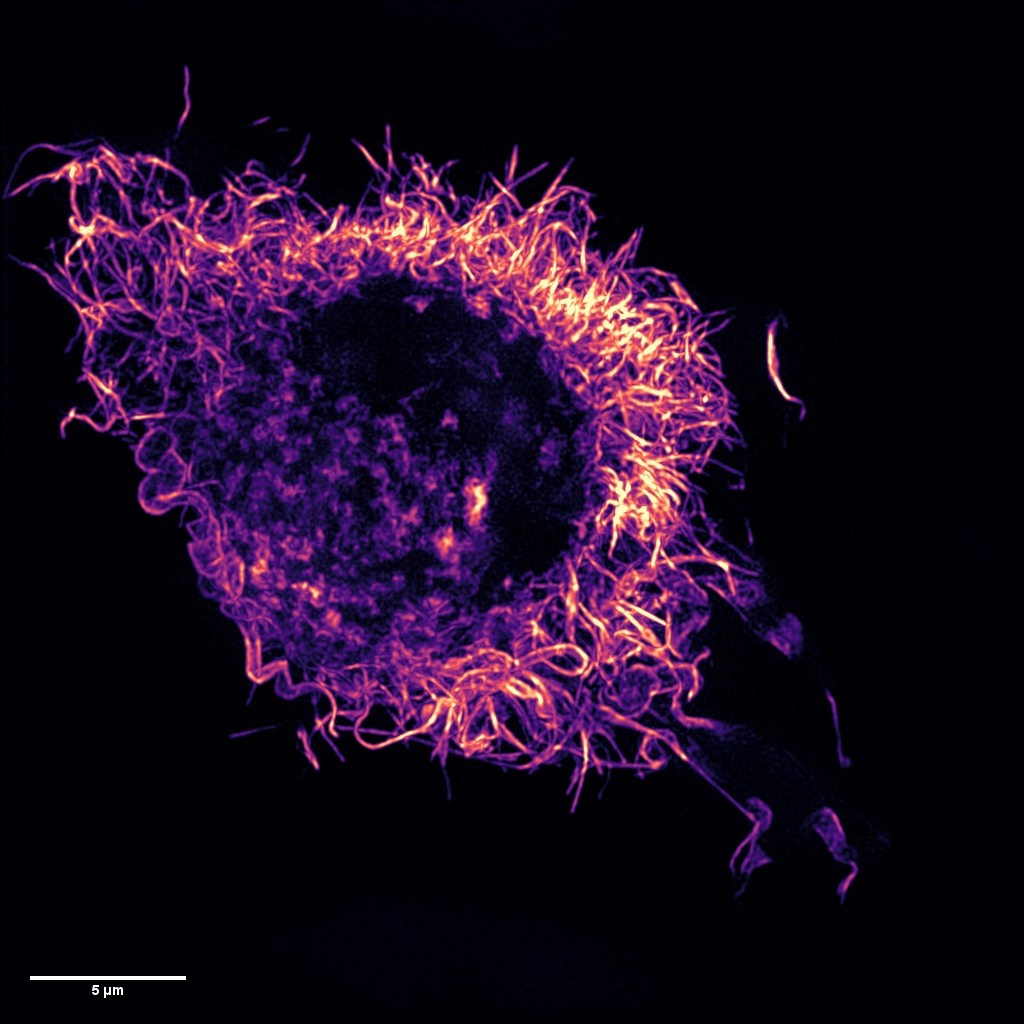 "My dissertation project focuses on the role of a motor protein, non-muscle myosin-2C (NM2C). Motor proteins are most commonly known for their ability to exert force and are responsible for contractile systems. NM2C is somewhat unique, because unlike other myosin-2s, it is only highly expressed in a few specific tissues; the intestine, the inner ear, and the pituitary gland and glial cells of the brain. I have focused specifically on the role of NM2C in the intestine, as it was not previously understood."

This image is a W4 cell that has been treated with Blebbistatin, a myosin-2 inhibitor. Upon treatment with this inhibitor, we observed that the microvilli (actin-based protrusions that allow increased surface area for nutrient absorption in the intestine) elongate far beyond their usual length. These observations, combined with many others, led us to a mechanism called "contractility-dependent actin turnover", which has been observed in other systems, such as the neuronal growth cone. We believe that NM2C likely assists in actin turnover of microvilli, as we also found that NM2C is positioned directly underneath microvilli, in an optimal position to influence the microvillar actin network.

Check out her recent publication in Molecular Biology of the Cell:
"Non-muscle myosin-2 contractility-dependent actin turnover limits the length of epithelial microvilli" 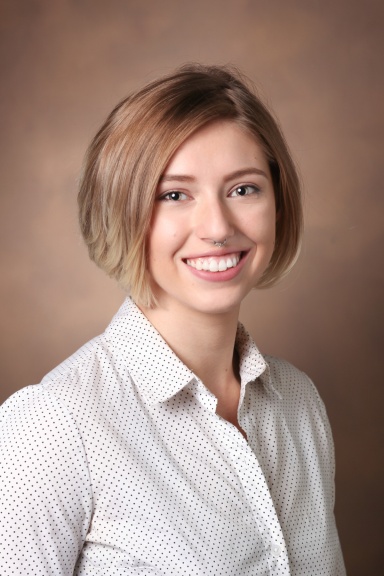