Recent news has highlighted the first Ebola virus outbreak outside of Central Africa, in the West African country of Guinea.  The outbreak is occurring in the southeastern region of Guinea which borders Sierra Leone and Liberia.  Several cases have been reported including about 66 deaths which include 4 healthcare workers. 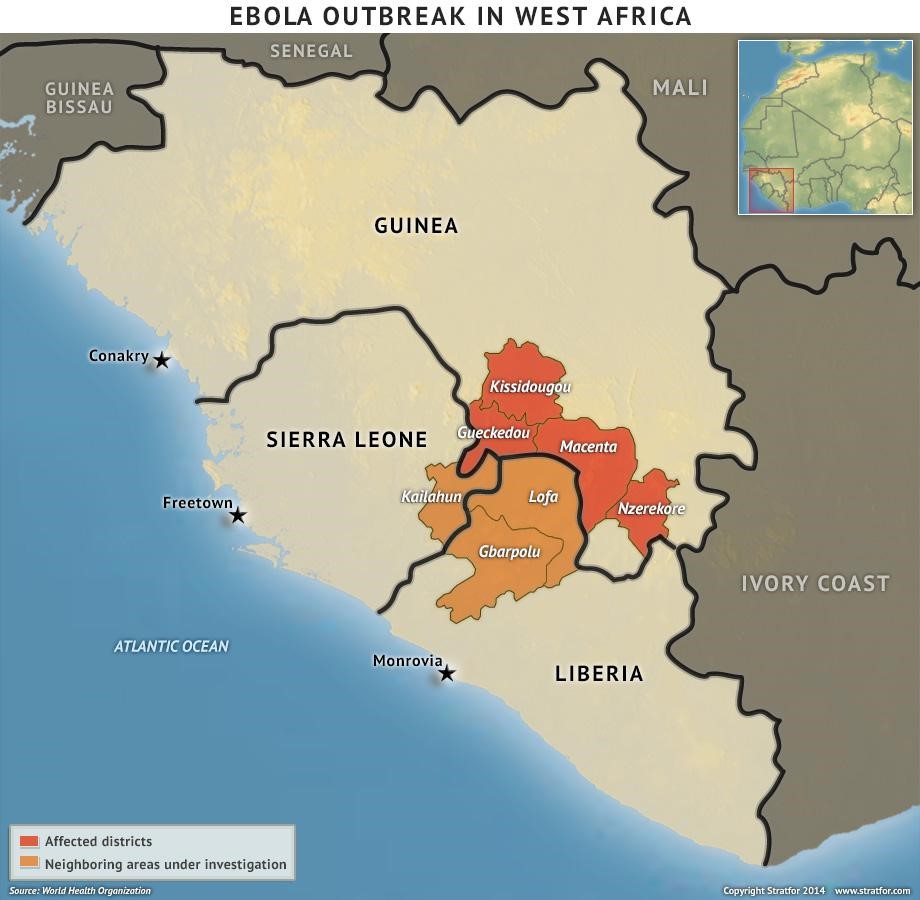 Ebola has an incubation period of 2-21 days, and requires close contact between individuals for person to person transmission.  Spread in rural areas is expected to be slow and limited, but as people travel to urban areas more cases could spread.  Protective measures and hygienic practices can help prevent spread.  The governments of neighboring Liberia and Sierra Leone will likely tighten their border controls to limit spread.   Guinea also instituted a ban on the sale and consumption of bats, which is thought to be the zoonotic host for this virus.  Recently, the media reported   a Canadian citizen contracting the disease on a recent trip to Liberia, but tests have confirmed he did not have Ebola.

The exact origins of this outbreak remain obscure.  The Guinean Ministry of Health is working with World Health Organization and Doctors without Borders to investigate and respond to the outbreak.

Ebola hemorrhagic fever is one of several hemorrhagic fevers (HF).  It is caused by a viral infection from a virus of the genus Ebolavirus.  It is thought that the natural reservoir is the bat.   It is often fatal in humans and other primates.  Common symptoms of Ebola HF include fever, headache, joint and muscle aches, weakness, diarrhea, vomiting, abdominal pain and loss of appetite.  Other symptoms may include rash, cough, sore throat, chest pain, and internal and external bleeding.  Travel history is extremely important as Ebola virus has been primarily found in Central and now Western Africa.  Isolation and public health notification become important as specialized diagnostic testing is needed to confirm infection (ELISA, PCR and virus isolation).