I went to Dr. Michael S. VanNieuwenhze’s seminar about the use of fluorescent D-amino acids (FDAAs) and their use in the study of bacterial cell division. Bacterial cells, unlike mammalian cells, have a cell wall in addition to the cell membrane. That cell wall contains a molecule called peptidoglycan (PG). Peptidoglycan is a polymer of sugars and amino acids. Short chains of amino acids (peptides) link the sugars together to form a mesh like barrier around the inner cell membranes of bacteria. Gram positive bacteria have a thick layer of peptidoglycan while Gram negative bacteria have a thin layer between their inner and outer membranes. As the cell divides, it needs to extend its cell wall so that one cell can become two.

VanNieuwenhze’s lab uses biochemical techniques to study cell wall synthesis. During one of the initial studies a grad student in his lab accidently left out a reagent from the reaction and the result of that mistake led to a great discovery for the lab. They saw that in the synthesis of peptidoglycan, bacteria could incorporate any D-amino acid in the place of D-Alanine in the peptide stem. With this discovery, they wondered if it would be possible to track the process of PG synthesis by adding a fluorescent molecule to an amino acid so that it mimicked D-alanine.  They developed probes with different molecules added onto alanine that fluoresce different colors. By adding the different probes to the media at different times, they can track the incorporation of amino acids into PG over time. Dr. VanNieuwenhze presented many applications for these probes. By using FDAAs produced by his lab, researchers were able to solve the chlamydial anomaly. Although Chlamydia trachomatis is susceptible to an antibiotic that targets the cell walls of bacteria, nobody had been able to demonstrate that chlamydia actually contained peptidoglycan. That is, until they used the FDAA probes to visualize the cell walls of chlamydia bacteria (1).

Apart from how amazing this technique is, the thing that stuck with me most from this seminar was the story of the mistake made by the graduate student at the beginning. First, it was refreshing to hear a scientist admit to making mistake instead of passing it off as something that was intended. Secondly, I could imagine myself in the place of that grad student. They probably thought they would get reprimanded for messing up. However, it turned out this mistake ended up opening a whole new world to this research team. I’ve heard it before, and I’m sure you have too, but making mistakes is not the end of the world! In fact, some of the best ideas and new directions are born out of mistakes made. Not all mistakes are going to lead to breakthroughs in research like this one, but it is important not to berate yourself too much when you make one. Take a minute to calm down, then learn from what you did wrong. It will all work out in the end. 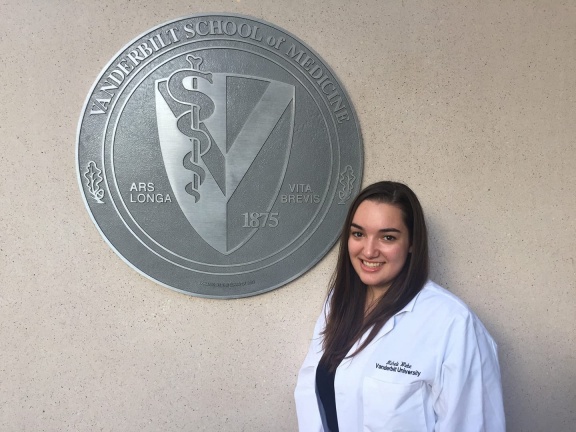