I have always found that host-parasite interactions are extremely fascinating, especially interactions in which parasites manipulate the host’s behavior. When I was reading about symbiotic relationships for my first assignment and when Dr. Hillyer mentioned Toxoplasma gondii in class, my curiosity for the protozoan increased. As Dr. Hillyer mentioned in class, T. gondii is a protozoan that has several different intermediate hosts with one definitive host. The intermediate host can be any mammal while the definitive host is a cat. The interesting interaction, however, occurs within a mouse or rat due to the change of behavior that would lead to the rodent being at an increased risk of being eaten due to the lack of fear associated with cat urine.  While searching for details on how this parasite manipulates the behavior of mice and rats, I stumbled upon a paper by Ajai Vyas, et al., in which they try to explain how host rat behavior is changed by the parasite.

In the first experiment, Ajai Vyas, et al.,  injected the protozoan into the abdomen of the rat and watched the migration of the protozoan to the brain, demonstrating that the protozoan preferentially targets the brain of the rat. While they noted that it moved to the brain, they wanted to also test the effect on behavior. By tracking the rats’ movement in a cage with rabbit urine on one side and bobcat urine on the other, they were able to determine that a rat that is not infected with the protozoan tends to hang out on the side with the rabbit urine; a normal rat will tend to avoid areas with cat urine (1). However, when this experiment was completed with infected rats, they were actually attracted to the bobcat urine (1). There was no statistical significance between the two types of rats in total distance travelled, time spent in the center, nor the number of times the rat moved forward (1). The most interesting finding of this paper is that the chronically infected rats actually had cysts within the brain, mainly in the amygdala which controls fear (1). They therefore reach the conclusion that the cysts are responsible for the behavior of the infected rats.

While the conclusion that this paper comes to does suggest this is the case, I would need more evidence that the cysts are what is causing the behavior changes. If they could remove the cysts and see the behavior continue, I would believe that the cysts would not be the cause of the behavior. I actually question if the cysts are perhaps not causing the behavior change, but rather, are the mechanism for which the mice or rats remain chronically infected. In other words, I think that these cysts keep the protozoan in the brain, which in turn makes it so that if a cat eats the rats or mice, then the infection will be spread to the definitive host. There is evidence that the cysts form in order to provide a mechanism for delivery to the definitive host (2–4), and that the cause of the behavior is actually linked to swelling of the brain (5). While all of this suggests that there is physical damage to the brain that causes these behavioral changes, I would also be hesitant to conclude that is the situation. One paper actually suggests that the protozoan is introducing foreign proteins5, another suggests that neurotransmitter levels are impacted during this infection (6). All of this leads me to believe that the mechanism behind the behavioral change is still not understood, which surprises me. I also question if there are slight behavioral changes in humans with this infection since the mechanisms are still not completely understood. If the mechanism was known, I think this could lead to easy testing in clinical situations to determine if people are infected with the protozoan. 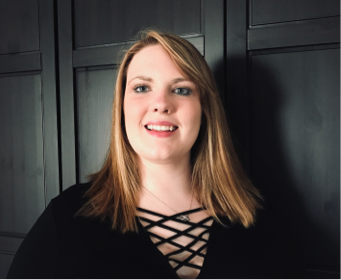