Many microbiologists will experiment with their own homebrewing or winemaking at some point, combining their two favorite past times- alcohol and microbes!  Recently there has been a shift in the larger brewing community, with even more attention to the microbes.  As microbiologists, we know microbes live everywhere, and can influence just about everything.  It comes as no surprise in the article posted by the blog, “Small Things Considered,” how microbes are starting to become part of the terroir associated with wine.  Terroir is everything about the environment that goes into making a wine-the soil, the altitude, how much rain the area gets.  Terroir is one of the most highly considered components of what goes into a good wine.  Master sommeliers can supposedly taste the terroir in a wine, leading them to know where and when the wine was produced.  So, what about do they know of the microbes that produced it?

In the “Small Things Considered” article, the author, Roberto Kolter, mentions several studies showing that the microbiome of the terroir lends itself to the flavors associated with that environment.  In the 2014 paper by Bokulich et al., the group used high throughput sequencing on over 300 grape must samples from four different prominent wine regions in California, from the 2010 and 2012 growing seasons.  They were able to show that different microbes were associated with different areas, and even different climatic features.  This suggests that each location also seems to have its own microbial terroir.

The group came out with a second paper in 2016 (Bokulich et al)., taking the previous study a step further, this time comparing not only the microbiomes, but also the metabolomes of these grape musts.  The authors sampled at different time points in the fermentation process and used ultra-pressure-liquid chromatography and quadrapole time of flight mass spectrometry to get the metabolite profiles of the wines.  They were able to correlate the microbiomes with the metabolomes, and how they affect the wines’ sensory profiles.  These studies have many implications going forward in the food and beverage industry.  This study confirms that not only can different types of microbes contribute to the flavors in wines, but also the differences in their activities- which can depend on climate- will lend to the flavor profiles.

In a recently published paper, a good friend of mine, Belle O’Bryon, looked to characterize the specific types of fungi living on grapes in the Western New York wine region as they pertained to plant diseases (O’Bryon et al, 2019).  Fungi on grapes can either lead to very valuable wine (as in the case of Noble Rot) or cause many issues and end up costing an entire vineyard their year’s crop.  Therefore, being able to identify ahead of time what is natural flora, and what could lead to a potential diseased crop, is important. She was able to show that the microbiomes between asymptomatic and symptomatic crops were very similar, suggesting there is some event that changes a microbiome to become harmful.  Many of the organisms that are known to cause disease, are already found on the grape skins.

Understanding the microbiomes of grapes in wine producing regions is growing increasingly important.  It helps us understand how microbes impart flavor profiles, as well as how we might be able to prevent crop disease.  “Small Things Considered” has the right idea, to bring light to the growing research in food and beverage microbiomes! 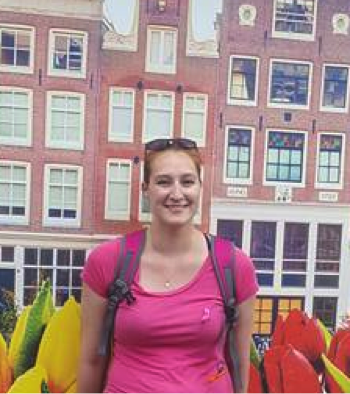