Brushing your teeth is important to maintain proper dental hygiene. The mouth contains millions of bacteria that accumulate over time when brushing or flossing is not being regularly practiced. The accumulation of bacteria will result in a sticky film of bacteria adhering to the teeth known as a biofilm. Biofilms are an association of micro-organisms in which microbes adhere to each other on a living or non-living surface. These communities function in an extracellular matrix that can survive in harsh environments. Bacteria within a biofilm have increased resistance to antibiotics. The blog “Biofilms Utilize Competition for Maximum Growth” examines how neighboring biofilms compete for nutrients.

It is stated that when biofilms grow, they engage in collective growth-rate oscillations. Oscillation is the fluctuation between two extremes, in this case, the states between restarting growth and stopping. Nutrients in the environment play an important role in this oscillating manner of biofilms. When nutrients are low, biofilm formation decreases and vice versa. However, the question has been asked, how do neighboring biofilms compete for nutrients? It is has been hypothesized that neighboring biofilms share turns of growth rates by sending signals to each other to indicate which biofilm can consume nutrients.

The Suel lab, located at the University of California San Diego, conducted an experiment observing multiple mono-species of biofilms and the effects of a shared glutamate food source in a chamber. Glutamate is a required amino acid for biofilm growth and helps biofilms communicate by binding to ion channels and allowing the inflow of positively charged potassium ions.  The chamber contained two biofilms on opposite sides and continuous flow of glutamate in the middle. This allowed the scientists to observe growth rate oscillations in the two parallel biofilms. Results indicated that the two biofilms had opposite growth rate patterns. This could indicate that biofilms share nutrients that benefit oscillation.

To further test the hypothesis that biofilms take turns to consume nutrients, the Suel lab varied the concentrations of glutamate available for biofilm consumption. When glutamate concentrations were decreased, biofilm growth rapidly declined. Biofilm growth steadily increased when glutamate concentrations were increased. Disrupting the synchronization of oscillation between the parallel biofilms caused each biofilm to independently consume nutrients. Furthermore, when preventing ion channels from being expressed by deleting gene trkA, which encodes a subunit of the potassium ion channel , the efficiency of the biofilms to communicate was hindered.  The deletion of the potassium ion led to in-phase oscillations between the two biofilms and decreasing anti-phase oscillations. This supports the idea that anti-phase oscillations are dependent on potassium ion channel communication. The hinderance of biofilm communication led the biofilms to ineffectively consume nutrients.

In summary, this blog indicates that biofilms are able to communicate using ion channels, which enhance communication and the oscillation growth rates of biofilms. Ultimately, inhibiting biofilm communication could deteriorate the resistance to antibiotics, and disturbing the consumption of nutrients could result in biofilm death. 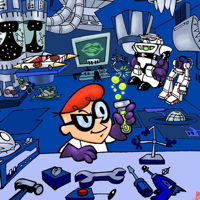