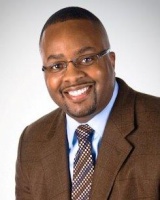 Dr. Griffith is trained in clinical-community psychology and public health, and his research focuses on social, economic and political influences on men’s health and racial and ethnic health disparities.  He is particularly interested in three broad areas: the links between notions of masculinity or manhood and health among men of color; the role of stress and coping processes in men’s health disparities; and how gender intersects with race, ethnicity, SES and other variables to shape men’s physical and mental health behavior and health outcomes.

Dr. Griffith also uses qualitative and quantitative methods to inform and evaluate behavioral and policy interventions to reduce African American men’s chronic disease risk and risk behaviors.  In his qualitative and intervention research on African American men’s health, he has primarily used a community-based participatory research approach. For his use of this approach to research, in November 2013, Dr. Griffith was presented the Tom Bruce Award by the Community-Based Public Health Caucus of the American Public Health Association in recognition of his leadership in community-based public health and for his research on “eliminating health disparities that vary by race, ethnicity and gender.”

Dr. Griffith is a member of the editorial boards of Health Education & Behavior and Progress in Community Health Partnerships: Research, Education, and Action, and he was a guest editor of a special issue of the International Journal of Men’s Health on practical solutions to addressing men’s health disparities and a guest editor of a supplement to the American Journal of Men’s Health on African American men’s health.

In addition to these editorial roles and responsibilities, Dr. Griffith is a member of the American Psychological Association’s Working Group on Health Disparities in Boys and Men, and he was an expert consultant on the Mathematica report on improving fatherhood program impacts.

Dr. Griffith’s men’s health research has been funded by the American Cancer Society, NIDDK, NIMHD, PCORI and other organizations.

Lastly, Dr. Griffith was the Chair of the 2014 Tennessee Men’s Health Report Card.  The report card has garnered national attention, and several states and the American Society for Men’s Health are seeking to adapt this format to characterize the health of men and men’s health disparities for other state and national reports.