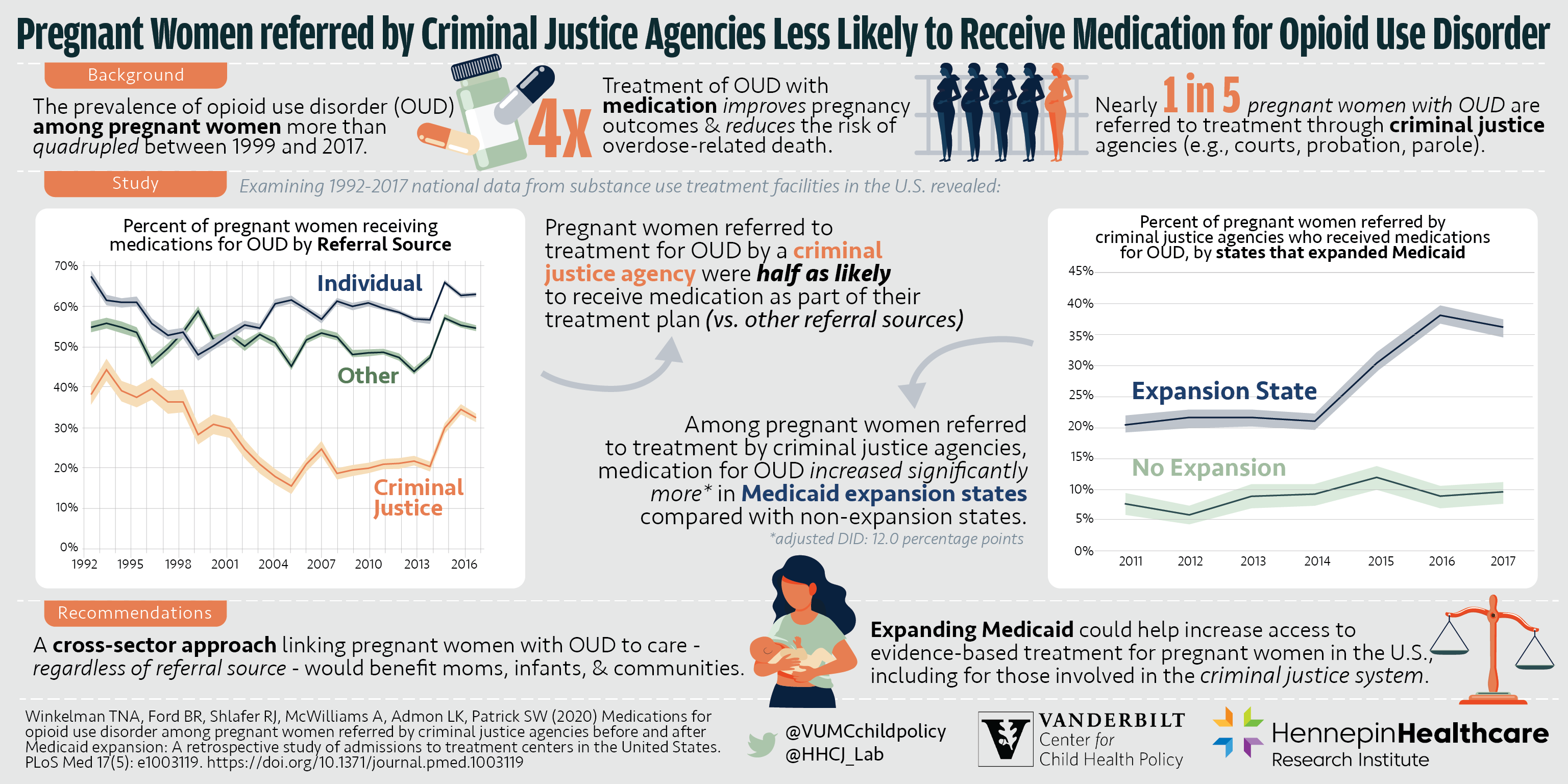 Pregnant women involved in the criminal justice system are disproportionately not receiving medications for opioid use disorder, as compared to their peers, according to a Vanderbilt-led study published today in PLOS Medicine.

Researchers from Monroe Carell Jr. Children’s Hospital at Vanderbilt and the Hennepin Healthcare Research Institute in Minneapolis analyzed data from the nation’s treatment facilities and found that women referred for treatment by a criminal justice agency were half as likely to get evidence-based treatment.

“Medications for opioid use disorder save lives and improve pregnancy outcomes, but many pregnant women are not getting them,” said senior author Stephen Patrick, MD, a neonatologist at Monroe Carell Jr. Children’s Hospital at Vanderbilt and director of the Center for Child Health Policy.

Nearly 1 in 5 pregnant women with OUD are referred for treatment through a criminal justice agency, such as a court, probation or parole program.

The study also compared treatment rates in states that expanded Medicaid programs under the Affordable Care Act (ACA) and those that did not.

The rate of medications like buprenorphine and methadone were consistent between 2011 and 2013 in expansion states, and then increased by 68% between 2015 and 2017.

Medication rates in non-expansion states did not increase substantially after the ACA was implemented.

“Medicaid expansion was associated with substantial improvements in rates of medications for opioid use disorder and is an important tool to improve access to treatment for this vulnerable population,” Winkelman said.

Based on these findings, the researchers recommend closer collaboration between criminal justice and public health agencies to improve access to medications for opioid use disorder. Expanding Medicaid programs could also help connect pregnant women to effective treatment, they said.