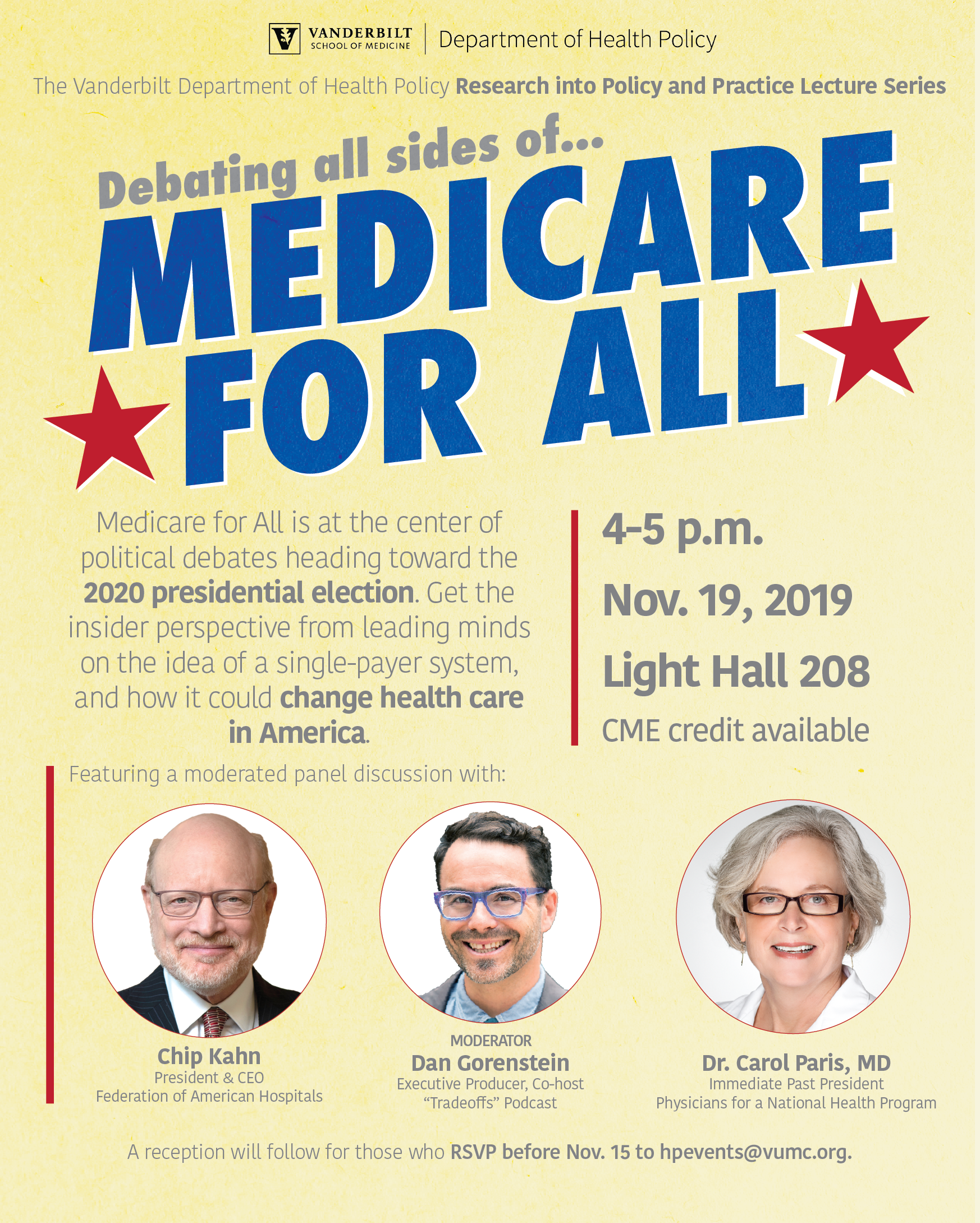 One issue consistently at the top of issues important to voters heading into the 2020 general election is health care.

This is not surprising given how critical it is to the lives of all Americans and more generally to the American economy. But the proposals from a number of Democratic contenders that revolve around the idea of a national single-payer system, known generally by the moniker "Medicare for All," have generated significant interest from consumers, policy makers and industry insiders alike.

The proposals differ on a variety of levels, but the idea of a single-payer system would upend the way health care works in America. To help everyone understand this idea better, the Department of Health Policy will bring this issue front and center in its fall 2019 Research into Policy and Practice Lecture Series, from 4-5 p.m. on Nov. 19 in Light Hall on the campus of Vanderbilt University Medical Center.

The discussion will be a moderated panel featuring Chip Kahn, president and CEO of the Federation of American Hospitals, and Dr. Carol Paris, MD, a retired psychiatrist and immediate past president of Physicians for a National Health Program.

The panel will be moderated by Dan Gorenstein, the executive producer and co-host of the new "Tradeoffs" podcast. Gorenstein formerly covered health care for NPR's Marketplace program.

The event is open to the public. Those who RSVP before Nov. 15 will be invited to a reception following the event. To RSVP, please email hpevents@vumc.org.