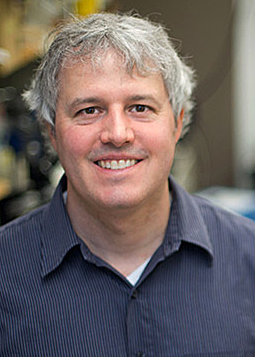 Matthew Lang grew up in Pittsburgh, PA. As an undergraduate he studied Chemistry at the University of Rochester earning a BS. He received his PhD in Physical Chemistry from the University of Chicago under the guidance of Graham Fleming where he studied ultrafast salvation dynamics and primary energy transfer steps in photosynthesis. Lang went on to study Biophysics with Steve Block at Princeton and followed the lab to Stanford University where he was a Jane Coffin Childs postdoc. In 2002, Lang moved to Boston, Massachusetts, and launched his independent academic career at MIT in the department of Mechanical Engineering and the Division of Biological Engineering. He moved to Nashville, Tennessee, in 2010 where he joined the faculty of the Department of Chemical and Biomolecular engineering at Vanderbilt University. He is also affiliated with the Department of Molecular Physiology and Biophysics at Vanderbilt University Medical School. The Lang lab focus surrounds the study of molecular and cellular machinery in particular ClpXP, kinesins, and T-cell receptors. The lab is equipped with single molecule biophysics tools including optical tweezers and single molecule fluorescence and has advanced a number of technical methods in these areas.

The general goal of our research program is to probe the inner-workings of Nature's molecular and cellular machinery through functional measurement. Building from a molecular perspective we and collaborators employ a measure-make-model approach including single molecule biophysics methods of optical tweezers, single molecule fluorescence spectroscopy, functional mutations and simulations. Our long-range goals include laying the foundation for forward engineering with physical biological parts and hybrid systems in addition to identifying strategies for fighting disease.

Our tools combine optical tweezers and single molecule fluorescence, force-fluorescence microscopy, to measure the molecular underpinnings of molecular and cellular machinery. These two techniques provide complementary information about the system of interest. Single molecule fluorescence can report on the conformational state of a biomolecule, while optical tweezers allow for the mechanical manipulation of proteins with position and force resolutions on the order of nm and pN, respectively. Using state of the art equipment developed in our lab, we are combining force and fluorescence spectroscopic capabilities to tackle novel biological problems at the molecular and cellular levels.