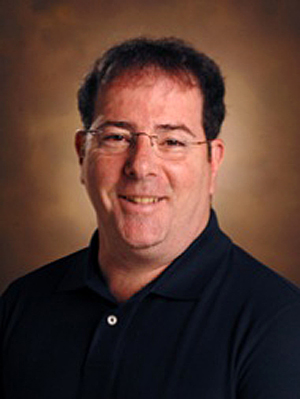 The major focus of the Zwiebel laboratory is the characterization of specific genes and their products that control important behavioral processes in the life cycle of insects that act as disease vectors, particularly host (i.e. blood-meal source) seeking/selection in the mosquito Anopheles gambiae, the principal vector for malaria in Africa. Malaria is caused by a protozoan parasite of the genus Plasmodium that is transmitted to humans through blood feeding by female Anopheline mosquitoes. In this context, the Zwiebel lab is examining the molecular events of olfaction, as this sense predominates the overall host preference and other essential behaviors in mosquitoes and other insects. This aspect of the mosquito's behavior is especially important as it makes a significant contribution to the vectorial capacity of this arthropod vector, as well as playing a similar role in the overall impact of many other insects of economic importance.

The Zwiebel lab uses molecular and informatics-based approaches to identify genes that are active in olfactory signal transduction in An. gambiae and other disease vector mosquitoes. The molecular characterization of genes that mediate olfaction in this Anopheline mosquito has started with the generation of cDNA libraries specifically derived from olfactory (i.e. the antennal and maxillary palps) and neural (heads that have been stripped of antennal and maxillary palps) structures of female adult mosquitoes. These hand-dissected structures have been used as substrate for the synthesis of subtracted cDNA libraries using novel PCR based methods that are specifically designed to facilitate the use of picogram amounts of mRNA starting material. More recently they have focused on genomics based approaches that include genome mining and deep sequencing of olfactory transcriptomes that has resulted in the isolation of several olfactory genes from An. gambiae that are currently being characterized at the molecular and cellular levels.

Much of the lab’s focus is on the molecular, biochemical, and functional characterization of odorant receptors (ORs) in An. gambiae (AgORs). Over the years "Team AgOR" has gone from the original characterization of AgORs, insofar as their DNA sequence and organization, to detailed in vivo expression studies. The Zwiebel lab has extended this study to include the use of ex vivo expression systems, electrophysiology, cell culture, and transgenic insect systems (e.g. Drosophila) in order to study the functional characteristics of AgORs from specific sensory appendages to whole genome wide approaches.

A long-term objective of this work is the molecular characterization of the olfactory genes in general as well as the mechanisms that are central in the marked preference for human blood meals (anthropophily) characteristic of An. gambiae. In fact it is this component of the mosquito's behavior that makes it such an important disease vector. In contrast, a preference for bovine blood meals (zoophily) has been observed in the non-vector sibling species An. quadriannulatus. By using subtractive hybridization it may be possible to prepare anthropophilic and zoophilic enriched cDNA pools from which a more defined pool of olfactory and other behavioral genes may be isolated. For the present, researchers in the Zwiebel lab are engaged in a suite of studies to isolate and characterize orthologous ORs from species of anthropophilic and zoophilic mosquitoes as well as from other mosquito vectors for other human pathogens. These include Aedes aegypti, the vector for dengue and yellow fever that is widespread in Central and South America, and Culex pipens, the North American mosquito responsible for transmission of West Nile Virus.

Extended studies in the Zwiebel lab involve the chemosensory elements of pheromone-based eusocial interactions in two divergent species of ants (Camponotus floridanus and Harpegnathos saltator). This was initiated as part of a recently renewed Collaborative Innovation Award from the Howard Hughes Medical Institute. Studies on chemosensory-driven behaviors of mosquitoes have been extended to ants to take advantage of the large body of work that suggests that behavior and social organization in ants are largely modulated by chemosensory communication, often encoded by complex mixtures of volatile cuticular hydrocarbons (CHCs). Ants are extremely interesting because they exhibit the sophisticated ability to discriminate and respond to a wealth of socially relevant chemical cues that are highly related in structure. The genetics and inherent circuitry that supports this capacity is likely to provide a rich reservoir of information regarding the evolution and caste- and sex-specific modulation of chemosensory receptor space, as it applies specifically to social organization - an extremely intriguing question that is not applicable to vector mosquitoes.