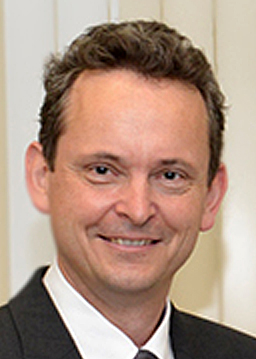 Our laboratory aims to elucidate extra- and intracellular sodium metabolism and its relevance to human disease. We study the biology of sodium storage and elucidated findings that moved us beyond the equilibrium theory of sodium balance. Sodium is stored in the skin and in muscle without commensurate water retention. The resulting increase in tissue sodium concentration leads to activation of the immune system. Immune cells entering this hypertonic microenvironment exhibit both acute proinflammatory reactions and regulatory responses, which modulate tissue sodium content, immune function, and blood pressure. Experimental impairment of these processes leads to disease. Our evidence is based on animal and human studies, ranging from studies in genetically targeted animals to ultra-long-term (over months) balance investigations in humans.

Studies of sodium homeostasis in humans have relied on fixing salt intake, measuring phenotypic variables, and collecting urine for sodium excretion. Tissue sodium storage is undetectable in traditional clinical and population research. We therefore implemented sodium magnetic resonance imaging (Na-MRI) technology to “see” and quantify otherwise hidden sodium reservoirs. With Na-MRI, we can build a human investigative portfolio that fits perfectly with our basic research approaches. Na-MRI allowed us to verify our animal-based results in humans. We use this technology to study the role of sodium storage in hypertension, heart failure, diabetes, and autoimmune and cardiovascular disease in the aging population. We aim for trials to test the hypothesis that therapeutic reduction of tissue sodium storage will improve health and prevent cardiovascular disease.