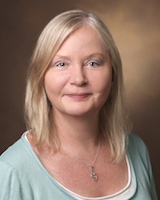 The NF-kappaB family of transcription factors are regulators of many critical processes such as proliferation, apoptosis, immune responses and inflammation. It is, therefore, unsurprising that they play roles in basic development but also in most diseases including cancer. Our laboratory has generated a number of mouse models to investigate these roles in development; breast, lungs, limbs and immune system. We are also interested in the roles played by NF-kappaB signaling in disease. We are currently primarily interested in ovarian, breast and lung cancer. We have generated a number of interesting models that we use for our research. Our transgenic reporter mice express a GFP/luciferase fusion protein that can emit light in response to NF-kappaB activity. With these we can monitor activation in a living animal using a CCD camera and use immunohistochemical techniques to identify specific cell types in which NF-kappaB is active. We have also generated a modular inducible system that enables us to turn up or down NF-kappaB activity in specific cell types eg. mammary or lung epithelium or macrophages. We are using multiple models to study the effects of modulating NF-kappaB activity on normal development, early stages of primary tumor development, metastasis and as cancer therapy.