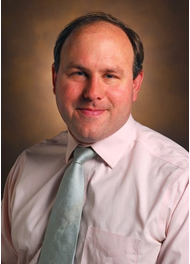 Immune regulation in autoimmunity and transplantation

Dr. Moore's research seeks to understand the cellular and molecular mechanisms that govern immune tolerance in order to prevent and reverse Type 1 Diabetes and enhance the success of organ transplantation. His previous research contributed to our understanding of the role played by B lymphocytes in the development of autoimmune disease. This research formed part of the foundation for current efforts to use B cell directed therapies to prevent diabetes, studies in which Vanderbilt is participating through the Type 1 Diabetes TrialNet. Dr. Moore is a co-investigator. He is presently extending these studies to understand how B lymphocytes control immune tolerance to transplants and how this cell type participates in broken tolerance in autoimmune disease such as Type 1 diabetes.

As part of a comprehensive program to understand immune regulation, he also actively investigates the mechanism of action of regulatory T lymphocytes which are critical for the prevention of autoimmune disease and for the establishment of transplantation tolerance. This research has revealed several new interactions required for the development and function of these cells and has identified inflammation as a factor that counter-regulates these regulatory cells. To overcome this newly identified obstacle to immune tolerance, he is presently working with the laboratory of  Jacek Hawiger, M.D., Ph.D. at Vanderbilt where they have successfully applied a new kind of anti-inflammatory therapy to the prevention of diabetes in a pre-clinical model of disease.

Dr. Moore has been funded by the National Institutes of Health, the American Diabetes Association, and the Juvenile Diabetes Research Foundation. He serves as a reviewer for the Journal of Immunology, Diabetes, the American Journal of Transplantation, and the Annals of the New York Academy of Science. His research has been presented at the Scientific Sessions of the American Diabetes Association, the annual meeting of the Pediatric Academic Societies, and the American Transplant Congress. He has published in the Journal of Immunology, Diabetes, Transplantation International, the Journal of Autoimmunity, and Nature Medicine. His research has also been recognized by the Society for Pediatric Research with the 2007 House Officer Research Award and by Vanderbilt University with the David Karzon, Joe M. Strayhorn and Elliot V. Newman Awards. In 2009, he was named a Vanderbilt Scholar in Diabetes.