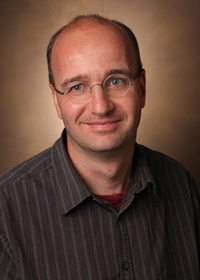 We are studying the biochemistry of lipid signaling. We are interested in how lipid signaling hormones are formed and what their roles are in human health and disease.

1. Discovery and characterization of novel lipid mediators
The cyclooxygenase and lipoxygenase enzymes catalyze the first step in the formation of a diverse array of lipid mediators (“eicosanoids”) from arachidonic acid. We are interested in exploring novel pathways of how these mediators are formed, and to establish their role in the progression of inflammatory diseases like atherosclerosis or cancer.

2. Mechanisms of oxygenation of fatty acids
Lipid peroxidation and oxidative stress are elementary pathophysiological processes involved in the progression of many diseases, e.g., atherosclerosis, Alzheimer's, and cardiovascular diseases. The lipid aldehyde, 4-hydroxynonenal (HNE), has been recognized as one of the most cytotoxic products formed during lipid peroxidation almost three decades ago. Yet despite the wealth of information on its pathological properties, only little is known about its mechanism(s) of formation. We are using model autoxidation reactions with common and unusual fatty acid hydroperoxide precursors to identify mechanistically significant intermediates that shed a light on the pathways of formation of HNE. The products are analyzed using LC-MS, NMR, GC-MS, UV, and CD spectroscopy. Part of this research is carried out in collaboration with Ned Porters group in the Department of Chemistry.