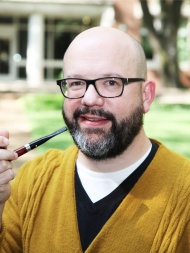 My research is focused on the discovery and characterization of novel chemical tools for studying ion channel structure, function, and therapeutic potential.

Specifically, the projects in my lab are focused on two key roles of ion channels in medicine and public health. The first project area deals with development of drug-like chemical tools for evaluating the role of ligand and voltage-activated potassium channels for the treatment of pain, one the largest unmet medical needs. Recent discoveries in the laboratory are paving the way for the field's first opportunites to evaluate a novel ion channel pain target.

The second project area deals with the development of novel insecticides to aid in the control of malaria and other mosquito-born illnesses that infect nearly half a billion and kill over 1 million people every year. Another recent advancement in high-throughput ion channel assay technology from the laboratory is now making it possibly to rapidly discover and develop novel insecticide to combat the resistance that has developed in insects to the insecticides that were so effective in helping erradicate malaria from the United States and Australia in the middle of the 20th century.