The Superpowers of P. luminescens

The richness of the bacterial world is truly astonishing. While it is impossible to know an exact number of bacterial species on our planet, some reports help us appreciate the scope of the bacterial diversity. According to Nature Reviews, “there are 100 million times as many bacteria in the oceans (13×1028) as there are stars in the known universe”.1 Other studies suggest that the Earth is home to 1 trillion (1012) microbial species.2 Considering that scientists have been able to investigate and culture only ~30,000 bacterial species3, one can conclude that the fraction of the bacterial population that has been sampled so far is relatively low. It is thus remarkable how much interesting and distinct information we have learned from this relatively small representative sample of bacteria around us. Photorhabdus luminescens is a great example of a bacterium that has unique physiology, clinical and agricultural relevance, and potentially even a role in history.  During our introductory lecture by Dr. Hadjifrangiskou, we briefly heard about P. luminescens which caught my attention by its natural ability to luminesce. It turns out, there is much more to it than that.

The life cycle of P. luminescens is quite a story. The bacterium lives in symbiosis with the nematode Heterorhabditis bacteriophora.4 When the nematodes infect insects and enter their bloodstream, they release P. luminescens.4 The bacteria subsequently secrete toxins and enzymes that decompose the insect carcass.4 As a result, the symbiotic duo has food for survival and reproduction.4 Eventually, the nematodes and bacteria reassociate, emerge from the carcass, and start looking for a new insect host.5 Interestingly, according to some stories, this symbiotic relationship even had a role in the Battle of Shiloh during the American Civil War.6 It was noticed that some soldiers’ wounds began to glow in the dark, and those with glowing wounds recovered much faster.7 Although this might have been a folklore legend, an explanation for this observation, sometimes referred to as “angel’s glow”, was later provided.7 It was proposed that, in some cases, insects attracted to soldiers’ wounds were infected with the nematodes carrying P. luminescens.7 As a result, the luminescent bacteria got released into the soldiers' wounds causing the glowing effect.7 Nowadays, it is also known that P. luminescens produce many antimicrobial substances against bacterial competitors.5 Thus, P. luminescens could inhibit the growth of other bacteria in open wounds leading to soldiers’ recovery. The breadth of P. luminescens’ capabilities is fascinating to me!

Besides its clinical relevance, P. luminescens is relevant to agriculture due to its role in insect control.4 For example, insect-pathogenic nematodes carrying Photorhabdus species have been used as biopesticides in the United States and Australia.4 Overall, this story made me conclude: the bacterial diversity is striking, but so is the diversity of functions within just one bacterial species, such as P. luminescens. 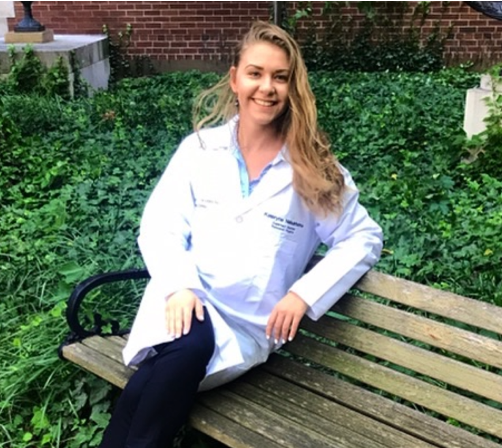